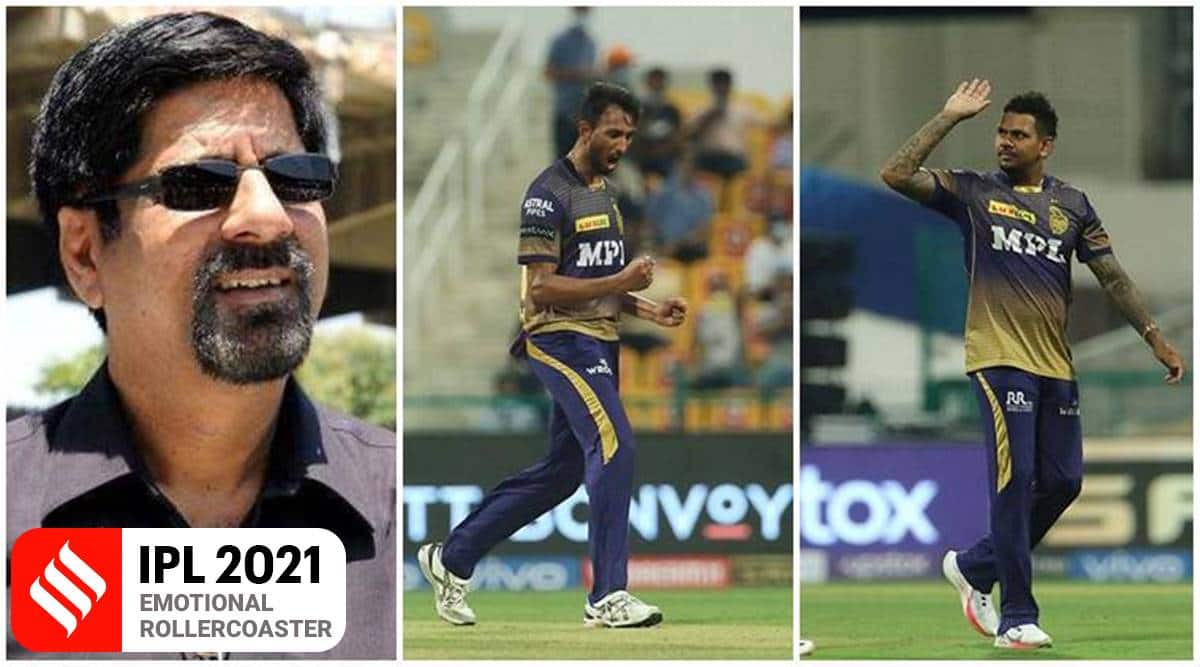 To hear Krishnamafchari Srikkanth on commentary for T20 games is almost like watching him bat. A non-stop stream-of-consciousness jabber, utter delight in seeing big hits, a constant stream of advise to the batsmen or the bowler, and an unbridled use of colloquial Tamil. “Udaathara, Pottu Saathu machan!” (Don’t let it go, slam ’em mate!) was his advice to Ishan Kishan. He has a host of typical Cheeka-isms: Mooku mela raja (On top of the nose, Raja!) Is a miscue that sends the ball straight up for a dolly of a catch to the fielder. Dil-ku-Duddu! (Cash for guts!) is his desperate plea to batsmen to not to muck around but to blast that white ball. Dil-ku-duddu machi .. adura-adura (hit hit). He takes the mickey off other commentators and also is sporting enough to take some back as well. Let’s end with a story from when he was a selector of Tamil Nadu Ranji team. He asks a debutant his batting strategy and the nervous batter told him that he will defend compactly and respect the attack. Srikkanth, so goes the story, wore an incredulous look and snorted “Defend aa? Dei! Poi adi-ra! (Just go and whack)”!

Sunil Narine has the wood on Rohit Sharma in IPL, and it wasn’t surprising that he got his man for the ninth time. There was a rasping cutter that seamed away like a leg cutter that comprehensively beat Sharma who was playing the line. Sharma pursed his lips and would soon shake it when he holed out. With Quinton de Kock, who couldn’t get going against spinners with a strike rate of 70+ against the tweakers at that point, it was left to Sharma to try up the ante. He went for the slog sweep but it was a back of length delivery shaping away a touch. Unable to get under the ball or swing with the turn, it wasn’t a surprise that he airlifted it straight to long-on. As ever Narine’s celebration was also muted. He turned around, waited for Shubman Gill to pouch it, clenched his right fist and slowly raised it up and down. There was no expression on the face; just that slow-mo pumping of the fist at getting his man again.

Prasidh Krishna wasn’t himself in his opener when he came on to bowl the last over of the power play. Instead of his seam-up, back-spun deliveries, especially as Quinton de Kock wasn’t yet as fluent, he went for slower ones to start off with. One disappeared over long-off and he lost his line and tailed a couple on the pads which were smacked to the boundaries. He bled 16 runs that over and was out of action until the 13th over. Luckily, he started with his stock weapons this time and took out Suryakumar Yadav with a seaming delivery around the off stump that induced an edge. Needless to say, he was joyous and found his tongue too, saying something to Ishan Kishan who shouldered arms. Krishna is one of those young Indian bowlers who is never shy of having a word with the batsmen and he was back in his elements after that nightmarish first over.

Fourth ball of the 19th over, Kieron Pollard uncharacteristically hunkered down for what looked like a ramp shot (or was it a scoop?!), but had conveyed his design a tad too early for Andre Russell to slither in a leg-side yorker. A surprised Pollard froze for a moment, before letting the ball through his legs, like a fancy little dummy in football, or as if he had suddenly spotted a snake beside his feet. Everyone around, including Pollard, could not resist laughing. It was not the first time in his bizarre knock that he left the ball. He did it more conventionally—shouldering the arms—in Prasidh Krishna’s last ball of the 18th over. He shaped to dab it fine through third man, but the ball ducked sharply into his body, strangling him for room. So, at the last moment, he pulled out of the stroke. Not often do you see Pollard leave the ball once, to see him do twice in the space of two balls was bizarre. And the blow hot, blow cold knock ended bizarrely too—in a run out, of entirely his own fault, responding lazily to the striker’s call.