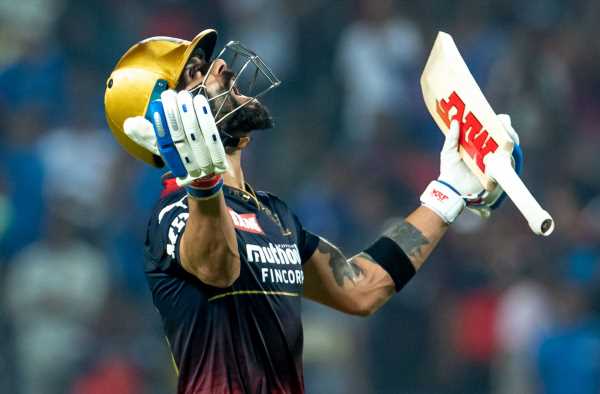 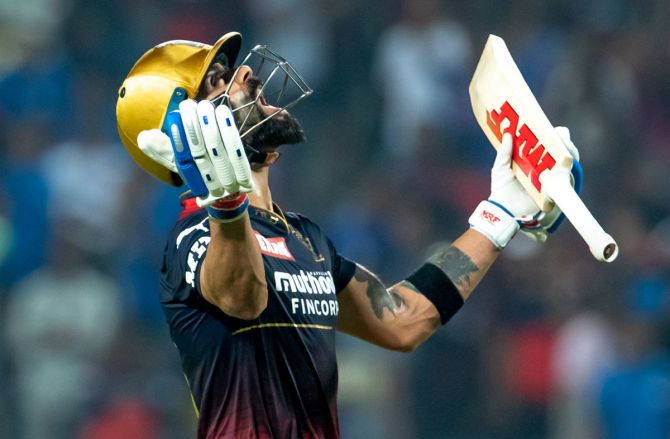 Once hailed as the man with the Midas touch for Indian cricket, is Virat Kohli becoming a liability with the bat?

There is no doubt that Kohli is going through the worse phase of his cricketing career.

He endured a new low in his IPL career, falling for his second golden duck in a row as Royal Challengers Bangalore suffered a nine wicket thrashing at the hands of the Sunrisers Hyderabad in the IPL 2022 match at the Brabourne stadium in Mumbai on Saturday, April 23, 2022.

Kohli was caught behind off left-arm pacer Marco Jansen for a first ball duck, four days after he had suffered the same fate when he was caught at point off Lucknow Super Giants pace bowler Dushmantha Chameera.

Kohli had registered just six ducks across the previous 14 seasons of IPL, but this season he already has two ducks and both of them first-= ball ducks.

This is the fifth time Kohli had fallen for a golden duck in the IPL, but for the first time he has fallen without scoring in successive matches.

Since then he has registered only one century and in IPL 2022, he has scored just 119 runs in seven games with a best score of 48.

It has been a horror few months for Kohli, who left everyone shocked when he took the sudden decision to give the India T20 captaincy ahead of the World Cup last year and it was not long before he was sacked as the ODI captain.

Earlier this year, he stood down as the Test captain following the series defeat in South Africa. ‘I have always believed in giving my 120 percent in everything I do, and if I can’t do that I know it’s not the right thing to do,’ he had said then.

Free of the captaincy burden, Kohli was expected to make a strong statement with the bat in IPL 2022, but alas that hasn’t been the case.

With a busy year coming up for India, including the all important fifth and final Test against England, a Test series against Australia and the T20 World Cup, the onus will be on Kohli to rediscover his form and rightfully claim his place as the leading batter in world cricket.