‘I’ve been dealing with hate and negativity for a long time, so I don’t feel like I owed that person anything.’

Australian Nick Kyrgios admitted spitting in the direction of a spectator who he felt was heckling him during his Wimbledon first round match on Tuesday while he also questioned whether the line judges at the tournament should be younger.

Kyrgios edged British wildcard Paul Jubb 3-6, 6-1, 7-5, 6-7(3), 7-5 in a roller-coaster match where he confronted the spectator who booed him and also called a line judge a ‘snitch’ for complaining to the chair umpire.

The 27-year-old had complained about racial slurs from the crowd in Stuttgart earlier this month and although he said the heckling at Wimbledon was not racially motivated, he complained about the ‘disrespect’ being thrown his way.

“I’m just starting to think that it’s normal when it’s really not. I didn’t say anything to the crowd until they started just every time I came down to the far end, people just going,” Kyrgios told reporters.

When asked if he spat in the fan’s direction, Kyrgios said: “Of one of the people disrespecting me, yes. I would not be doing that to someone who was supporting me.

“As soon as I won the match, I turned to him … I’ve been dealing with hate and negativity for a long time, so I don’t feel like I owed that person anything.

“He literally came to the match to just not even support anyone really. It was more just to stir up and disrespect.”

Kyrgios said he still loved Wimbledon but railed at a “a whole generation of people” who felt they had the right to comment on everything with negativity.

“There’s a fence there and I physically can’t do anything or say anything because I will get in trouble, so they just feel that they can just say anything they want,” he added.

Kyrgios was also unhappy with a line judge about a call on a point in the opening set, adamant that the wrong call was made.

“I said most of the umpires are older and I just don’t think that’s ideal when you’re playing a sport of such small margins. Factually people that are younger have better eyesight,” Kyrgios said.

“When you’re playing at a sport for hundreds and thousands of dollars, do you not think that we should have people that are really ready to call the ball in or out?” 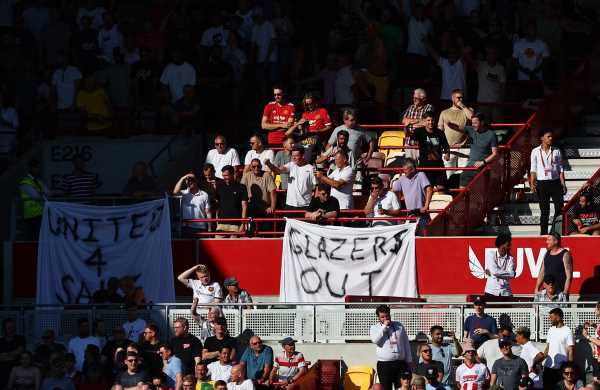