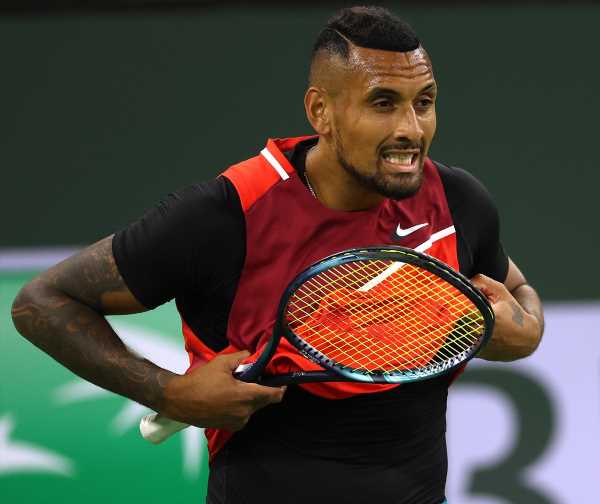 Ash Barty’s fifth Newcombe Medal as Australia’s top tennis player has been viewed dimly by compatriot Nick Kyrgios, who teed off at the award on social media.

Former world number one Barty retired in March, not long after winning the Australian Open in January, which ended the country’s 44-year wait for a home champion.

She was awarded the Newcombe Medal at a ceremony on Monday.

Kyrgios, who enjoyed his best season and reached the final at Wimbledon, shared a graphic comparing his 2022 achievements with Barty’s on Instagram with the caption: “LOL. No respect at all. I don’t give a …”

Kyrgios has previously said he feels under-appreciated in his home country despite drawing crowds and media attention whenever he plays.

He told Australian media last week it was an “easy” decision to skip Australia’s recent Davis Cup campaign but he might be enticed back to the team if the country “embraced” him a bit more.

Barty told reporters she was honoured to win the award.

“It’s obviously an amazing way to cap off what has been an incredible journey,” Barty told reporters. “The journey of a lifetime, the journey of me chasing after my dreams and exploring what was possible out in the world.”