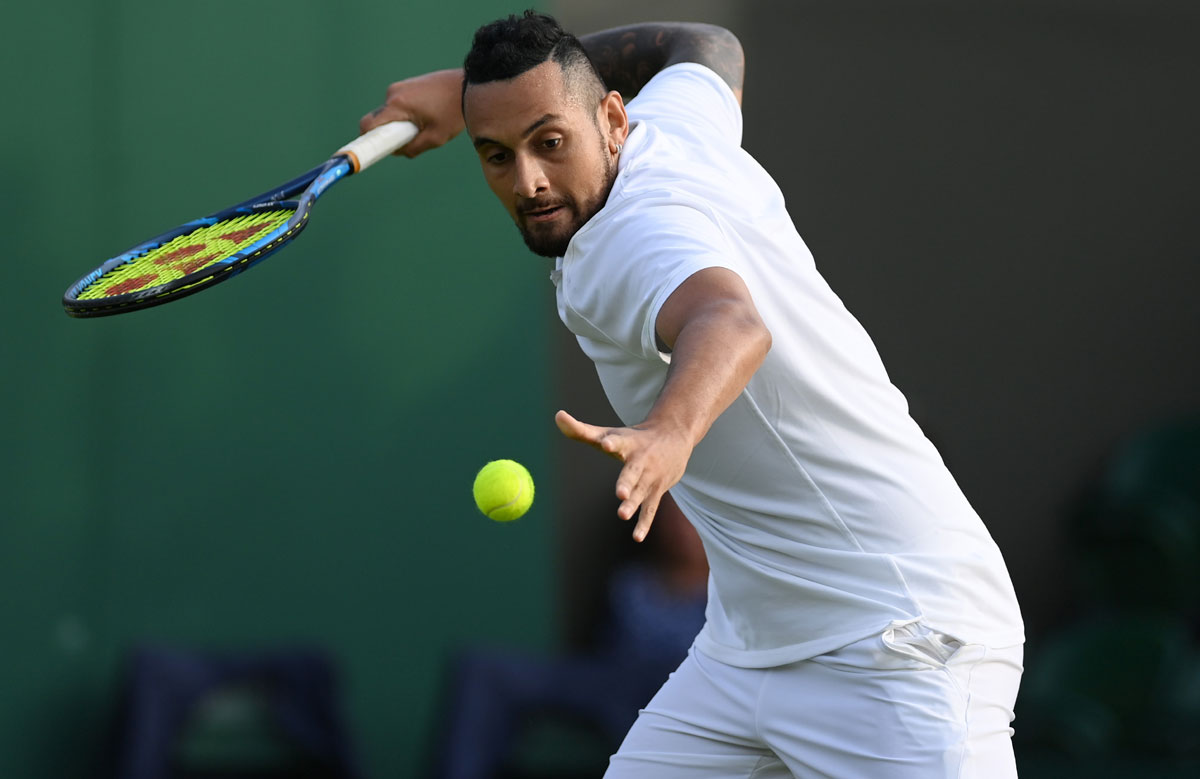 With less than a week left for the start of Wimbledon, Australian Nick Kyrgios pulled out of the Mallorca Championships on Wednesday ahead of his last 16 match due to pain in his abdominal muscle.

The 45th ranked Kyrgios came back from a set down to beat Serbia’s Laslo Djere 5-7, 7-6(1) 7-6(1) on Tuesday and was scheduled to play Spaniard Roberto Bautista Agut next.

“I’m really sorry I’m going to have to withdraw from tonight’s match here in Mallorca,” Kyrgios said in a statement released by the organisers.

“I have been playing a lot of great matches lately and unfortunately I woke up with a pain in my abs. I went to see the tournament doctor right away and he advised that I don’t play tonight.”

The tournament doctor said Kyrgios was suffering from pain in his abdominal muscle on the left side due “due to the accumulation of matches in recent weeks and the effort of yesterday’s first round match”.

The mercurial Australian, 27, skipped the claycourt season to prepare for grass and earlier said he considers himself a top-five, top-10 level player on the surface.

Kyrgios reached the semi-finals in Stuttgart and Halle in recent weeks but will be unseeded when the main draw of the grasscourt Grand Slam starts on Monday.