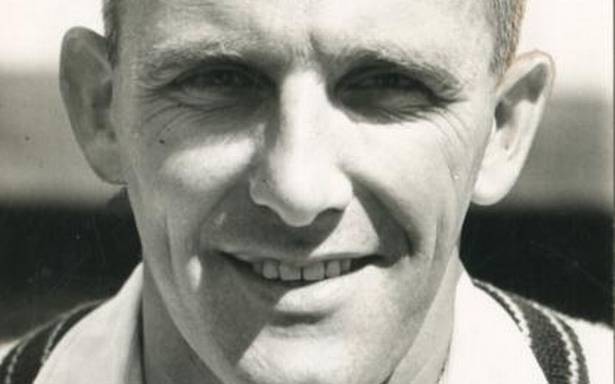 Alan Davidson, the first player to score 100 runs and take 10 wickets in a single Test match, has died at the age of 92, Cricket Australia announced on Saturday.

The New South Wales all-rounder, a left-arm swing bowler who claimed 186 wickets and scored 1328 runs during his career, played in 44 Tests for Australia and was inducted into the International Cricket Council’s Hall of Fame in 2011.

"Alan Davidson’s passing is a sad moment for Australian cricket and for cricket across the world," CA chair Richard Freudenstein said in a statement.

"Alan was a colossal figure in our game, not only as one of the finest players to have represented Australia and NSW, but for the positive influence he exerted across the game as an administrator, mentor and benefactor.

"The tremendous skill and the boundless spirit with which Alan embraced cricket and life embodied everything that is great about the game.

"He will remain a shining example for every player who follows in his footsteps."

Davidson made his Test debut for Australia during the 1953 Ashes series and in 1960 he became the first player to take 10 wickets and score 100 runs in a single Test.

Playing with a broken finger, Davidson hit a swashbuckling 80 on the final day in Brisbane to help the Australians tie with the West Indies.

After retirement, Davison spent five years as an Australian Test selector from 1979 until 1984.

The flag on the Members Pavilion at the Sydney Cricket Ground, where Davidson served as a trustee for 20 years, was lowered to half-mast in tribute.

His death comes a day after Ashley Mallett, one of Australia’s greatest spin bowlers, died in Adelaide from cancer.