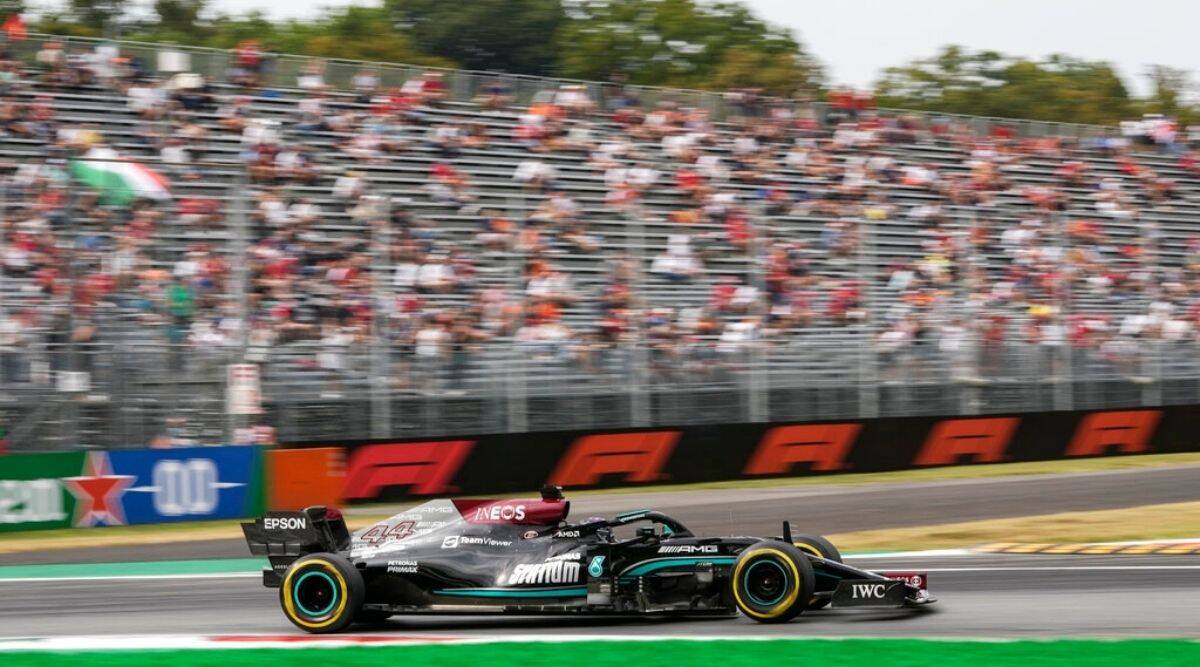 Hamilton was .452 seconds ahead of championship leader Max Verstappen and .525 quicker than Mercedes teammate Valtteri Bottas Formula One champion Lewis Hamilton was fastest in the first practice for the Italian Grand Prix ahead of the return of sprint qualifying later Friday.

Hamilton was .452 seconds ahead of championship leader Max Verstappen and .525 quicker than Mercedes teammate Valtteri Bottas.

Carlos Sainz was the quickest Ferrari driver in seventh at the Italian team’s home circuit.

Verstappen and Hamilton have very contrasting qualifying records at Monza. The Red Bull driver has never started higher than fifth, while Hamilton has seven poles to his name.

But this year sees the second sprint qualifying after its debut at Silverstone. Rather than the standard format of two practices on Friday and a third practice and qualifying on Saturday, there will be one practice on Friday followed by a qualifying session that will determine the grid for Saturday’s sprint. There is a second practice on Saturday too.

The sprints will be over 100 kilometers and the top three finishers will also receive points toward the championship. First place will receive three points, second place two points, and third place one point.

Hamilton was fastest in qualifying at Silverstone but Verstappen topped him in the sprint to take pole. Verstappen won the Netherlands GP on Sunday to move three points ahead of seven-time world champion Hamilton but has a poor record at Monza, where he has never set foot on the iconic podium. His highest finish is fifth.

In contrast, Hamilton is a five-time winner at the Temple of Speed and has three more podiums.