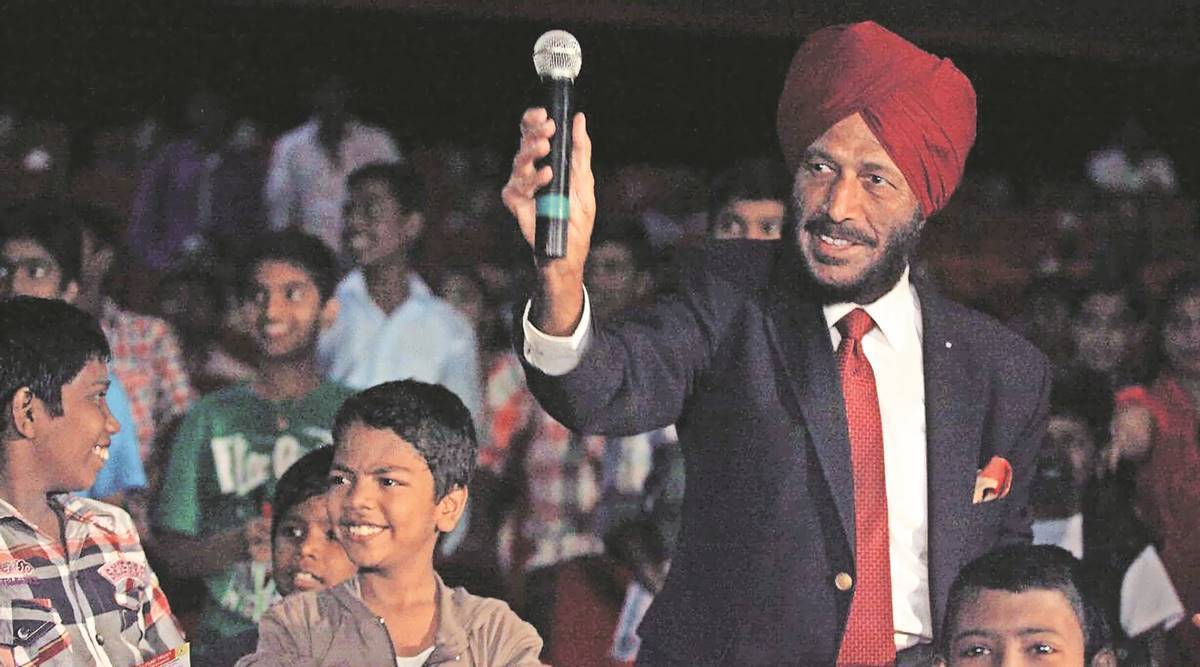 As I grew up, I would often read about Milkha Singh’s views on Indian athletics and his feats and would long to meet him some day. The first time I heard the name Milkha was as a six-year-old when I was visiting my maternal grandparents’ home at Dinanagar, a city famous for its mango gardens of the Maharaja Ranjit Singh era. We were visiting a mango garden and a friend of one of my elder cousins joined us running from his school to the garden. “Milkhe, jaldi a ke amb apne ghar de ayi,” my cousin would say as he paid the money. Later that evening, as ‘Milkha’ would tell us on him being named after the legendary Indian athlete Milkha Singh as he loved running, I would get to know about the legend.

As I grew up, I would often read about Milkha Singh’s views on Indian athletics and his feats and would long to meet him some day. In my college days at Jalandhar, my mates from the university quiz team and I would often try to remember his records and trivia about him by reading old newspaper articles from the library in our college. It was those sessions which led us to read about Milkha Singh’s rise in the world of athletics despite losing his family during the Partition and Singh’s struggles in his life. But never in my life did I think I would have a chance to meet the legend.

Months after joining the sports bureau of The Indian Express at Chandigarh in 2007, I got a chance to speak with Milkha sir for the first time. It was regarding his views about the state of Indian athletics and Singh would tell me after the phone conversation, “Beta, eh khabar all India edition ch lagai,” and would say after a pause, “Eh na sochi ki I want more publicity. Meri photos mere time ch pure world ch padian san. All I want is that my views should reach every kid of this country so that anybody could become a Milkha with hard work, willpower and discipline.”

Some days later, Singh would host the media at Chandigarh Golf Club to get us meet his coach and former Indian foreign coach Dr Arthur Howard. While the then 78-year-old Singh would meet the then 91-year-old Howard like a child, it would be the first time that I listened in detail about his near miss in the final of the 400m race in 1960 Rome Olympics and his prior title win in the 400m race in the 1958 Commonwealth Games at Cardiff.

“At Cardiff, Dr Howard sat with me all night a day before the final and kept telling me, ‘Milkha, tum Malcom Spence ko race main maarta (defeat him). He kept telling me that I have to run the first 300 m of the race at a swift pace since Malcom ran the last 50-100m with a burst. So we have to make him catch. At Rome, I started at a pace and if Dr Howard was there to help me strategise the race, the medal was of India,” Singh would say.

While the following months would see us calling Singh for his views ahead of the Beijing Olympics, another surprise awaited me in the late evening of November 17, 2008. A day after his son Jeev Milkha Singh won the Barclays Open in Singapore and with me having no knowledge of Singh arriving in India in those rare social media websites era, I called Singh’s home landline to take his views for a story. As I was about to end the call, he would tell me, “Jeev has returned after winning the Singapore Open and you should talk with Jeev.” I talked to Jeev for more than 20 minutes and wrote an interview with the golfer. It made me learn how Milkha sir took pride in Jeev’s achievements.

In 2013, prior to the release of the movie Bhaag Milkha Bhaag, I travelled to Delhi for an Idea Exchange with the legend. It was a time when Singh’s wife had undergone a knee operation. As I reached their home in Gurgaon, Milkhaji would tell Nirmal that he needed to go to honour an earlier commitment, and Kaur nodded her approval. The next four hours were spent travelling with Singh and after the media interaction, he headed to Delhi Golf Course to play a full round of golf in the scorching heat of June!

The last 14 years have seen us listening to Singh’s tales, seeing him play golf at Chandigarh Golf Club and doing many more things. One special moment, which I remember was the Milkha couple following Jeev through the 18 holes during the Jeev Invitational Challenge tournaments whenever Jeev hosted and played in the tournament apart from the couple celebrating their grandson Harjai Milkha Singh winning a junior tournament in 2017. “Sports make one disciplined and respect others. That’s what Jeev has done all his career and even if Harjai does not want to pursue sports in future, it would teach him to be disciplined,” Singh would say.

A day after Singh’s death on Friday night last week, my seven-year-old son read stories about him and told me as we were watching the movie Bhaag Milkha Bhaag on TV, “Milkha sir won 77 out of 80 races in his career.”

“No, he did not win races. He won hearts,” I thought to myself.