Live Cricket Score Sri Lanka vs South Africa 1st Test Day 1 Live Streaming:  Amid the controversies regarding the ball tampering incident in the series against West Indies, Sri Lanka will gear up to face another team that faced its share of spotlight over the same, South Africa. After the unforgettable home series against Australia, which will be remembered for reasons others than cricket, South Africa will be travelling to Sri Lanka, with the first Test starting from Thursday. Sri Lanka have not been in the best of forms in the past two years, and the Proteas will be eager to start off things on a positive note. Catch Live scores and updates as South Africa face Sri Lanka in the first Test.

The clouds have completely cleared in Galle, and the sun is out. The captains are out as well and we are heading towards the coin toss.

Hello and welcome to our Live Blog on Sri Lanka vs South Africa. South Africa are returning to international cricket after a long break, and there have been a number of significant changes to their dynamics. AB de Villiers has officially retired from all forms of cricket, but seamer Dale Steyn is likely to make a return. For the hosts, the series is a chance to forget the bad business in West Indies and start a new chapter. Who will come out on top on Day 1 of the first Test? 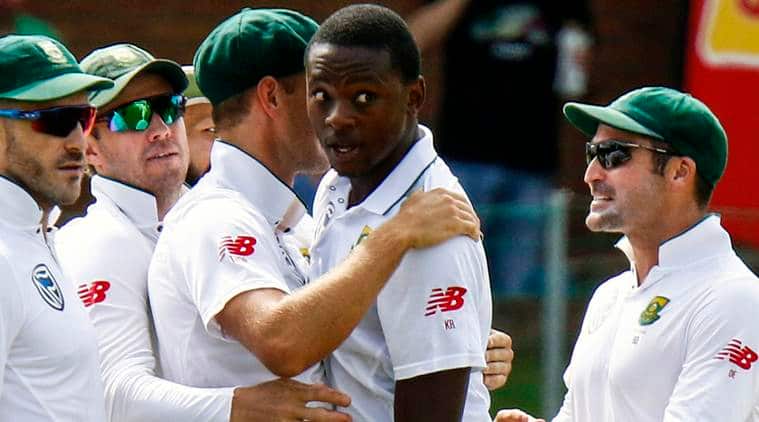 Live Cricket Score Sri Lanka vs South Africa 1st Test Day 1 Live Streaming: South African speedster Dale Steyn makes his much-awaited return to the team ahead of Proteas’ tour of Sri Lanka for a two-match Test series. While the limelight will hover around Steyn, skipper Faf du Plessis has made a bold claim that once Steyn takes a backseat in his career, it will Rabad who will lead the attack in the near future. Stating that he has immense faith in Rabada’s ability, du Plessis maintained that the youngster has matured a lot over the past year. Addressing the media on the eve of the first Test against South Africa, he said, “Dale has been the spearhead, but I think KG (Rabada) will take over that mantle. He’s got the skill, he’s got the pace and he’s got the control to do well in all conditions around the world.”