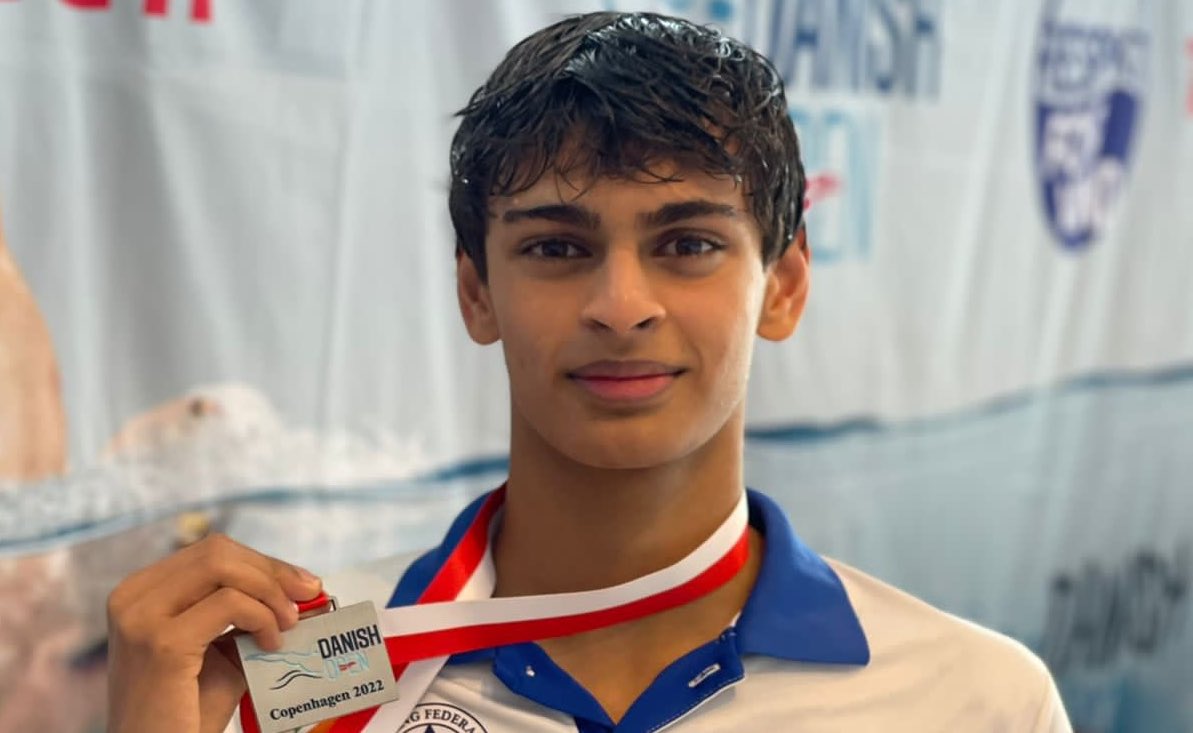 Taking to Twitter, the actor posted the video as Vedaant won the 1500m freestyle to win the gold medal.

The 16-year-old rewrote the national record in 1500m freestyle event for group I boys at the ongoing Junior National Aquatic Championships in Bhubaneswar on Sunday. 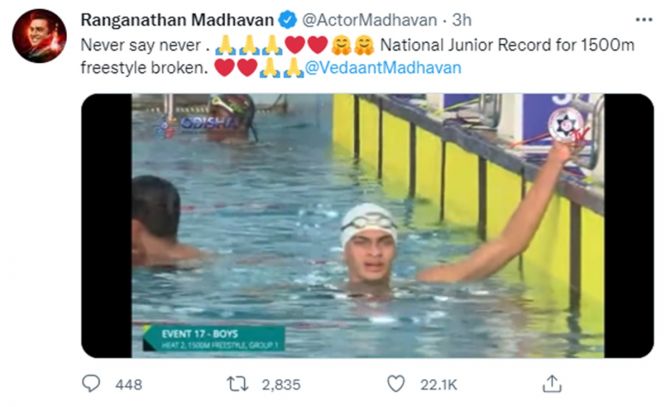 In the 400m freestyle for group II girls, Karnataka’s Harshika Ramachandra created a new meet record with a time of 4:29.25 seconds, while statemate Rujula S finished 10s behind Harshika with a time of 4:39.53 seconds to settle for silver.

Harshika created another meet record in the 200m butterfly event. She eclipsed Apeksha Fernandes’ three-year-old mark of 2:23.67 to win the gold.

Another record was set in the 50m breast stroke event for girls group I as Mahrashtra’s Apeksha Fernandes continued to shine, winning her second gold medal of the meet.

She clocked an impressive 33.49 seconds to win gold ahead of her statemate Zaara Jabbar who clocked 35.91 seconds.

At the end of day two, Karnataka led the medal tally with a total of 31 medals, followed by Maharashtra at 17 and Telangana at 8.