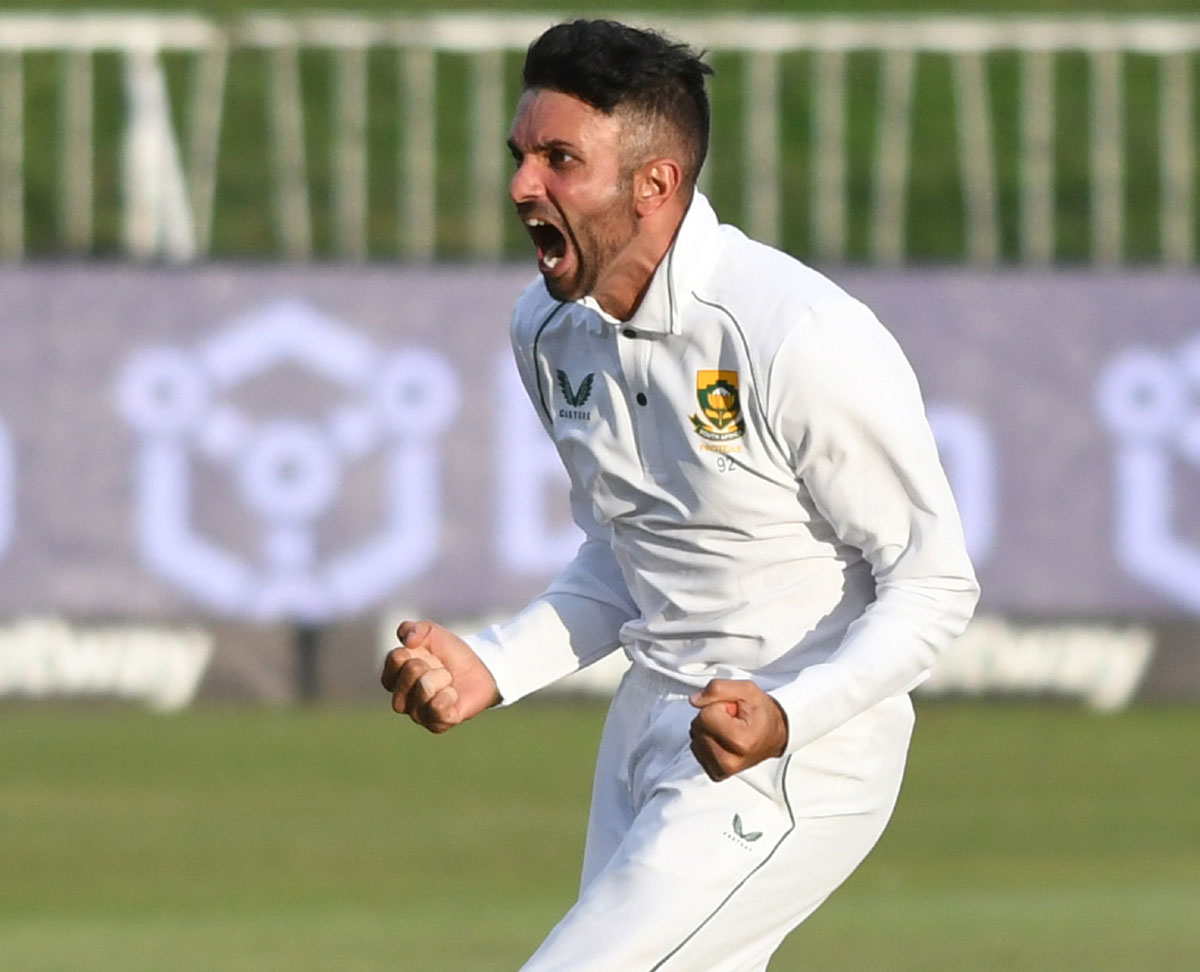 South Africa spinner Keshav Maharaj took the key wicket of first innings centurion Mahmudul Hasan Joy as Bangladesh slipped to 11/3 in pursuit of a victory target of 274 at the close of play on day four of the first Test at Kingsmead in Durban on Sunday.

Bangladesh had bowled the home side out for 204 in their second innings and were left with a tricky final 20 minutes in the day to bat, during which they lost Mahmudul (4), fellow opener Shadman Islam (0) and captain Mominul Haque (2).

Najmul Hossain Shanto is not out on five and Mushfiqur Rahim has yet to score in what is looking increasingly like a bid for survival on the final day after Bangladesh had bowled superbly to give themselves a chance in the game.

South Africa opened the bowling with two spinners as Simon Harmer (1-4) had Shadman caught at slip by Keegan Petersen before Maharaj (2-7) clattered the stumps of Mahmudul. He then had Mominul trapped leg before wicket.

Victory looks a long way off for the visitors on a wicket that has plenty of assistance for spin and seam bowlers.

Bangladesh showed that in South Africa’s second innings, bowling their hosts out cheaply and creating plenty of opportunities in the field.

Seamer Ebadot Hossain (3/40) was the pick of their attack, while off-spinner Mehidy Hasan Miraz (3-85) also got in on the act.

Home captain Dean Elgar (64) managed a second half-century in the match, but the next highest score was 39 not out from debutant Ryan Rickelton.

South Africa are without several regular players. Seamers Kagiso Rabada, Lungi Ngidi and Marco Jansen plus top-order batsmen Aiden Markram and Rassie van der Dussen all opted to play in the IPL over this two-match series.