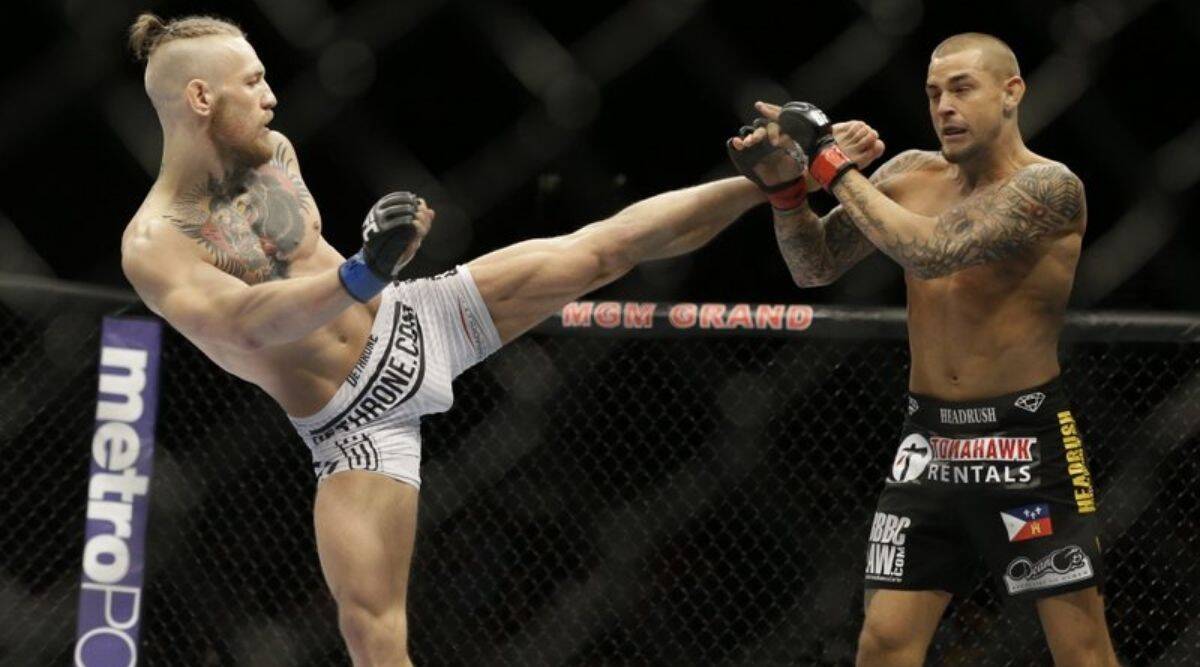 McGregor has only fought three times in MMA since defeating Eddie Alvarez in 2016 to win the lightweight title, which he subsequently lost to Khabib Nurmagomedov in 2018. There may be no belt on the line when former two-weight UFC champion Conor McGregor meets Dustin Poirier at UFC 264 in Las Vegas on Saturday, but the Irishman will be fighting to make his name relevant again after a poor run of results in the octagon.

McGregor has only fought three times in MMA since defeating Eddie Alvarez in 2016 to win the lightweight title, which he subsequently lost to Khabib Nurmagomedov in 2018.

A more mature McGregor bounced back at welterweight in January 2020 to defeat Donald Cerrone, but a rematch with Poirier, whom he beat during his rise in 2014, in Abu Dhabi in January of this year ended in a second-round knockout loss.

The defeat was a serious setback as McGregor had hoped that victory would set up a lightweight title shot and a lucrative boxing match against Manny Pacquiao. Instead, he slipped down the rankings and Pacquiao’s interest in a bout cooled.

The friendly atmosphere before the last Poirier fight, in which McGregor complimented his opponent and offered to support his charity foundation, has since been forgotten. At Thursday’s press conference, the boorish, brash McGregor was back.

“I’m going to go through his head, put holes in him and take it off his shoulders. That’s the goal here, he’s done. This is it for him. This is the end of the road,” McGregor bellowed.

“So it’s on now. Saturday night, he’s getting walked around that octagon like a dog and put to sleep.”

McGregor’s use of a boxing stance in their Abu Dhabi bout gave Poirier the opening he needed, allowing him to attack McGregor’s lead leg with vicious kicks to limit his mobility before stalking him down and knocking him out.

McGregor and his entourage rolled into Las Vegas knowing that the 32-year-old’s career is coming to a fork in the road.

Win, and he is back in the UFC title picture. Lose, and his best options financially are a trilogy non-title fight with Nate Diaz and perhaps a boxing match against a social media influencer, rather than the likes of Floyd Mayweather.

Poirier, who took the lucrative rematch with McGregor rather than push for a title shot of his own, refused to get drawn into McGregor’s war of words.

“It’s a fight. It’s up to you to get prepared. I beat him. What’s his excuse going to be on Saturday, is what I want to know,” he told reporters.