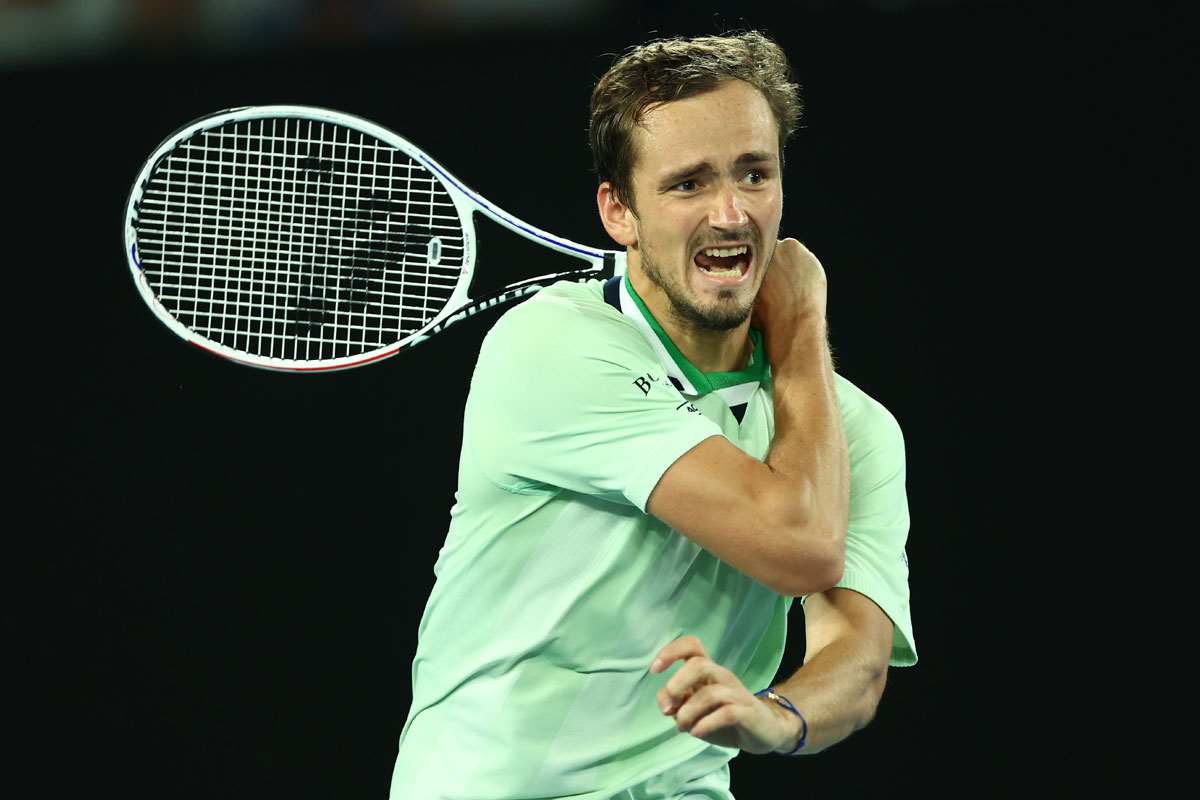 Russia’s Daniil Medvedev will be out of action for one or two months as he goes under the knife to fix a hernia problem, the world number two said on Saturday, casting doubt over his participation at next month’s French Open.

Medvedev, who won the US Open last year and lost in the Australian Open final to Rafael Nadal in January, will likely miss out on this month’s Monte Carlo Masters as well as the ATP 1000 events in Madrid and Rome in May.

“The last months I have been playing with a small hernia. Together with my team I have decided to have a small procedure done to fix the problem,” world number two Medvedev wrote on Twitter.

“I will likely be out for the next 1 – 2 months and will work hard to be back on court soon. Thanks for all the support.”

Medvedev’s bid to reclaim the world number one ranking fell short on Thursday as the Russian lost 7-6(7), 6-3 to Poland’s Hubert Hurkacz in the Miami Open quarter-finals.

The French Open will be held in Paris from May 22 to June 5.