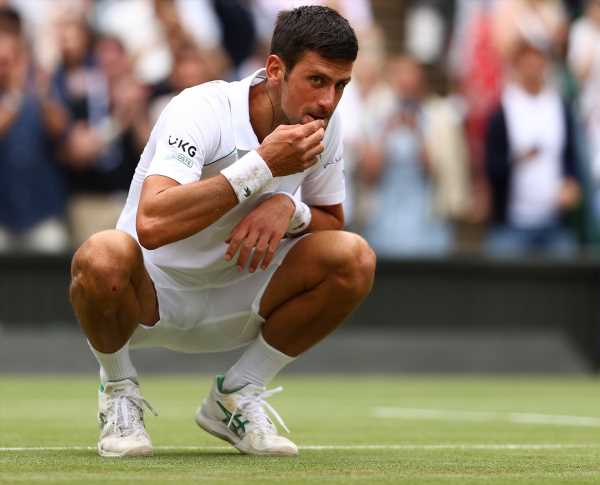 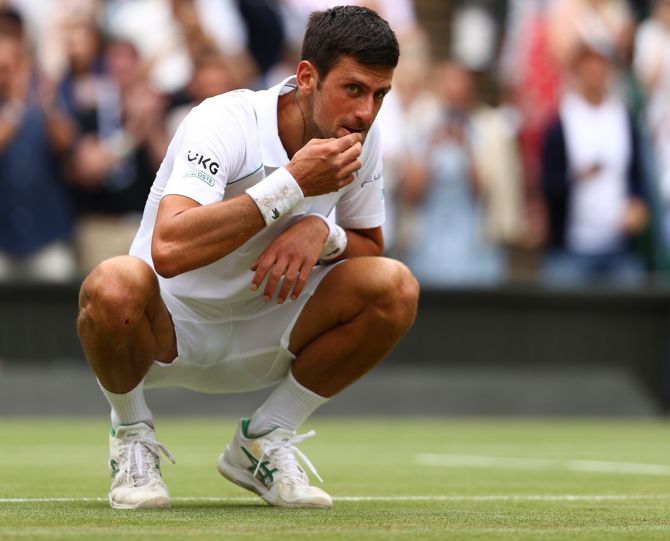 * His father was a professional skier and wanted his son to follow in his footsteps or play professional soccer but changed his mind when Djokovic excelled at tennis from an early age.

* Made Grand Slam debut as a qualifier at the 2005 Australian Open. Finished as the youngest player (18 years, five months) inside the top 100.

* Reached his first Grand Slam final at the U.S. Open in 2007, losing to Roger Federer.

* Won his maiden Grand Slam title at the 2008 Australian Open — becoming the first Serbian man to win a singles major.

* Led Serbia to their first Davis Cup title in December 2010.

* Began 2011 by winning seven successive tournaments and did not lose until June, when Federer ended his 41-match winning streak in the French Open semi-finals.

* Secured the number one ranking in July 2011 by reaching the Wimbledon semi-finals, then beat Nadal to clinch his first Wimbledon crown, his first title on grass.

* Defeated Federer in the semis of the 2011 U.S. Open then defeated Nadal in the final to become the seventh man to win three Grand Slam titles in a year since tennis turned professional in 1968.

* Beat Murray again in the French Open final that year to finally win the claycourt major in his 12th attempt. The win not only completed his Grand Slam collection but he also became only the third man — after Don Budge and Rod Laver — to hold all four majors at the same time.

* Retired in the 2017 Wimbledon quarter-finals and ended his season in July with a right elbow injury. Returned from a six-month injury absence at the 2018 Australian Open. Had elbow surgery following a last-16 exit.

* Beat Kevin Anderson in the 2018 Wimbledon final to seal his 13th Grand Slam. Capped off the year by winning the U.S. Open crown for the third time.

* Defeated Nadal to claim his 15th major and seventh Australian Open title in 2019.

* His 26-match winning streak in Grand Slams ended with a loss to Dominic Thiem in the French Open semis.

* Came from two match points down to defeat Federer in the final and claim his fifth Wimbledon title. It was the first time a Wimbledon singles title had been decided in the final set tiebreak that had been introduced at 12-12.

* Failed to defend his title at the U.S. Open after retiring due to injury in the fourth round.

* Helped Serbia win the inaugural ATP Cup in 2020 before triumphing at Melbourne Park for the eighth time.

* With 2019 champion Nadal and Federer opting to miss the 2020 U.S. Open, Djokovic had been favourite to win the title but the Serb was defaulted in the fourth round after he accidentally hit a line judge in the throat with a ball. The disqualification ended his 26-0 winning run in 2020.

* Lost to Nadal in straight sets in the final of the rescheduled 2020 French Open.

* Beat Matteo Berrettini in the Wimbledon final to win a record-equalling 20th singles Grand Slam title and take one step closer towards a calendar-year sweep of all four majors.