Lionel Messi scored on his 1,000th career appearance in Argentina’s 2-1 win over Australia at the World Cup on Saturday to surpass his great predecessor Diego Maradona’s tournament total and set up a quarter-final clash with the Netherlands.

Seeking a first World Cup at his fifth attempt, the mesmerizing Messi curled the ball low past goalkeeper Mat Ryan from inside the area in the 35th minute to send the legions of Argentine fans into delirium at the Ahmad Bin Ali Stadium.

Julian Alvarez bagged Argentina’s second from close range in the 57th minute after fatal hesitation from Ryan with the ball at his feet following a backpass. 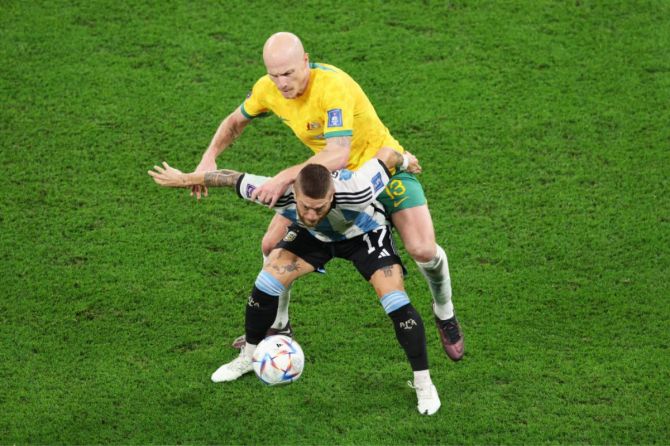 Australia, who did superbly to reach the last 16 and are ranked 35 places below the double World Cup winners, defended valiantly with the towering Harry Souttar prominent. They set up a nervy end after Craig Goodwin’s shot was deflected into the net off Enzo Fernandez for an own goal in the 77th minute.

The 35-year-old Messi’s goal was his third in the Qatar tournament and his ninth at World Cups, one more than Maradona. 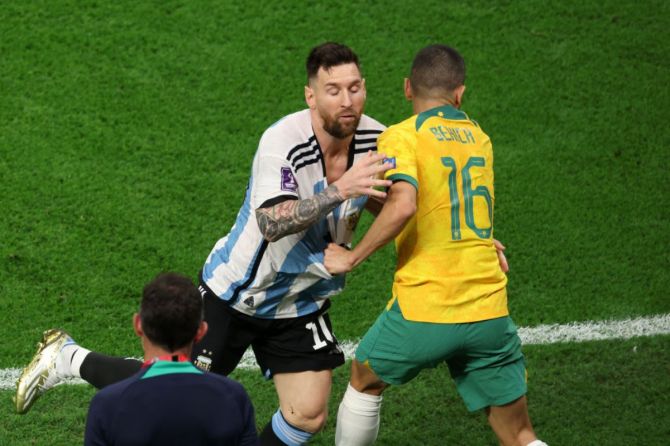