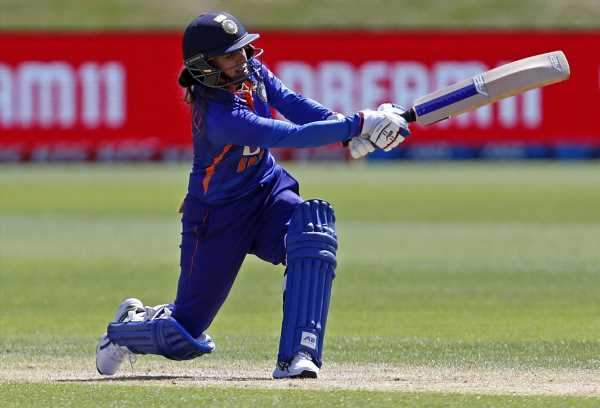 “Like all journey, this one too must come to and end,” the 39-year-old said on Twitter. “Today is the day I retire from all forms of international cricket.”

Raj made her India debut as a 16-year-old an ODI against Ireland in 1999 and scored 68 against South Africa in a Women’s World Cup match in Christchurch in March in what proved to be her last international outing.

Her tally of 7805 runs, which include seven hundreds, from 232 matches makes her the leading scorer in women’s ODIs, while leading India to the World Cup finals in 2005 and 2017.

She also played 12 Test matches scoring 699 runs which include a career-best 214 against England at Taunton in 2002.

A look at how some of the current and past cricketers reacted on Twitter:

“Cricket is a dream and when I started off my career I had no idea that women’s cricket existed but the only name ever told or heard was yours @M_Raj03 Di. You sewed the seed for all the young girls to take up this sport and dream big. Wish you the best in life,” said team-mate Harmanpreet Kaur.

“Your contribution to Indian Cricket has been phenomenal. Congratulations @M_Raj03 on an amazing career. You leave behind a rich legacy. We wish you all the very best for your second innings,” BCCI said.

“One of the cricket’s legends calls time on an illustrious international career,” the International Cricket Council said.

“Congratulations @M_Raj03 on a glorious career. You are a role model and an inspiration to many. Wishing you the very best in your second innings,” Anil Kumble said.

“In India, the name Mithali Raj has been synonymous to women’s cricket. You have been an inspiration to millions all over the world. My best wishes to you for your future endeavours @M_Raj03,” said Dinesh Karthik.

“Congratulations on a marvellous career @M_Raj03 You’ve been a fine example for cricketers across the country. Good luck for whatever lies ahead,” said Shikhar Dhawan.

“To play for India is a dream a very few fulfill and to be able represent the nation for 23 years is just amazing. You have been a pillar to Women’s Cricket in India and have shaped the lives of many young girls. Many congratulations on a phenomenal career  @M_Raj03,” said VVS Laxman.

“You have inspired many to take the bat and play for India! Be very proud of your career @M_Raj03 It was an absolute delight to watch you in blue. All the very best for your future,” said Harbhajan Singh.

“Towards the end of her career, Mithali had been in form longer than some of her teammates had been alive. That’s how long she served Indian cricket. Congratulations and thank you @M_Raj03. Good luck for your second innings,” former India batter Wasim Jaffer said.

“An icon and true inspiration to so  Many @M_Raj03, congratulations for an illustrious career and for your contribution to Indian cricket.Whatever comes next for you, may it bring you the same joy and fulfillment,” said Suresh Raina.

“A wonderful career comes to an end! Thank you @M_Raj03 for your immense contribution to Indian cricket. Your leadership on the field has brought much glory to the National women’s team. Congratulations for an illustrious innings on the field and best wishes for your next innings!” BCCI secretary Jay Shah said.

“Even though you know this day is coming, you can’t help but feel a little sad. An amazing player that put cricket on the map especially in India Loved playing against you & enjoyed watching you adapt your game to keep up with all these youngsters. Enjoy the next phase Mithali xx,” said former Australia player Lisa Sthalekar.