Fran Gonzalez headlined the 6-2 drubbing with a first half hat-trick, while Fran Morante, Baba Diawara, and Alexander Romario Jesuraj scored once each. 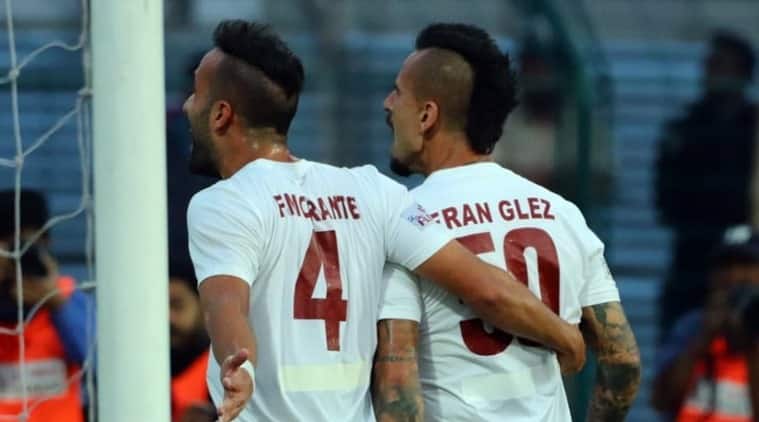 A rampaging Mohun Bagan mauled Neroca FC 6-2 for their fifth straight win in the I-League, here on Friday.

Fran Gonzalez headlined the drubbing with a first half hat-trick (10th, 24th and 45th minute), while Fran Morante (13th), Baba Diawara (37th) and Alexander Romario Jesuraj (70th) scored once each in the rout.

Mohun Bagan were reduced to 10 players after captain Dhanachandra Singh was sent off for handling a goal-bound ball at the one-hour mark.

Still they went all guns blazing with goalkeeper Sankar Roy pulling off a fantastic save and also pumping in one more 10 minutes later.

Philip Adjah (41st) and Subhash Singh (45+2nd) scored for the Imphal outfit as the first half saw seven goals in front of an exited Kalyani Stadium crowd.

Unbeaten in the last 10 matches, the 2014-15 champions looked set for a second title in their last I-League season, with a massive 11-point lead over Minerva Punjab (18) atop the standings.

Neroca FC languished at the bottom with 12 points from 13 matches.

Earlier, both the teams’ players observed silence, paying homage to the 40 martyrs of the Pulwama Attack on its first anniversary.