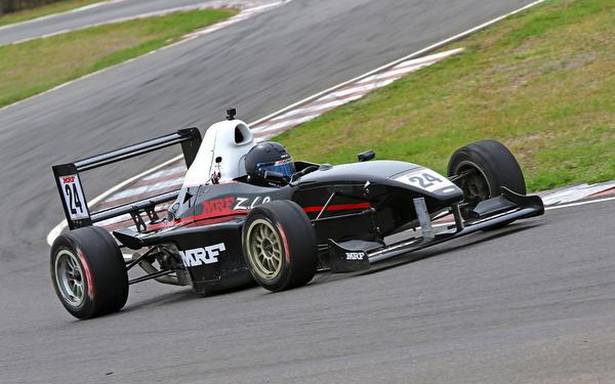 INRC, with a card of nine races and 76 competitors, will begin tomorrow

The MRF MMSC FMSCI Indian National Car Racing Championship will begin on Saturday at the MMRT behind closed doors with a card of nine races and 76 competitors in the fray.

Returning to the championship after a season’s break due to the pandemic, is the MRF Formula1600 class which will headline the two-day programme with a 12-car grid.

The other categories are the ever-popular saloon cars in three categories — the top-end Indian Touring Cars, Indian Junior Touring Cars and Super Stock. Also in the mix is the Formula LGB 1300 which boasts of a huge grid of 25 cars.

Volkswagen will run its one-make championship with a grid of 22 VW Polo cars, all kitted with 1.8-litre turbo engine putting out 235 bhp and a six-speed gear box operated by paddle-shift levers besides a push-to-pass mechanism, which is a first in Indian racing.

Lining up on the grid are four racers from Bangladesh and a lone female entry — Diana Pundole from Pune — a mother of two.

The field for the JA Motorsport-prepared MRF F1600 includes experienced drivers such as Ashwin Datta, Deepak Ravikumar and Nikanth Ram among others.

The IJTC also returns to the championship after missing out two seasons, while the Super Stock, among the most competitive, is expected to dish out close battles as in the previous years.

In the Formula LGB 1300 category, an incentive by way of a Rookie Cup for the highest placed first-timer in each of the races is on offer.