Although it was under MS Dhoni, that he won the 2011 World Cup, Yuvraj Singh said that he had more memories of playing under Sourav Ganguly. 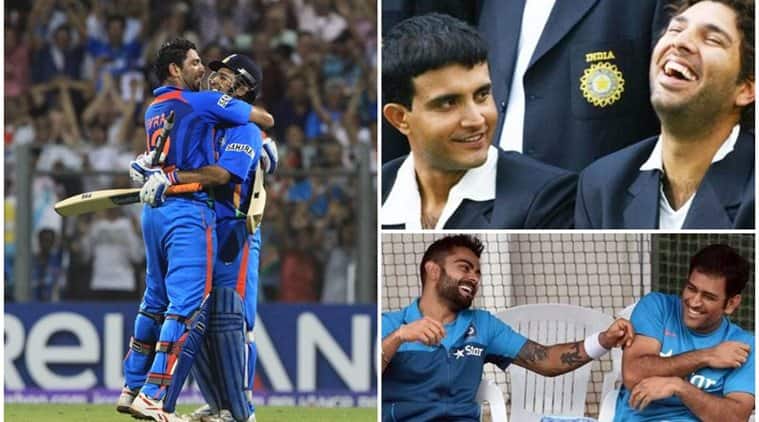 After playing under various successful captains in his 17-year-long international career, Yuvraj Singh has finally come out and revealed who was the best leader for him. The 38-year-old revealed on Tuesday that he looks back to his playing time under Sourav Ganguly more often than not.

Although it was under MS Dhoni, that he won the 2011 World Cup and emerged as the ‘Player of the Tournament’, the left-handed batsman said that he had more memories of playing under the current BCCI president.

In an interview with Sportstar, the former India all-rounder said, “I have played under Sourav [Ganguly] and had a lot of support from him. I have more memories of time under Sourav because of the support he gave me. I didn’t have that kind of support from Mahi [MS Dhoni] and Virat [Kohli].”

Yuvraj, who has made 304 ODI appearances in his career amassing 8701 runs by hitting 14 centuries picked out Sri Lanka’s Muttiah Muralitharan as the toughest bowler he has ever faced.

“I really struggled against [Muttiah] Muralitharan. I had no clue against him. Then Sachin [Tendulkar] told me to start sweeping [against Muralitharan] and I was at ease,” he said.

“Glenn [McGrath] would trouble me a lot with the away-going delivery. Luckily, I didn’t play much against McGrath because I was sitting out and cheering for the seniors in the Test matches.”

The 2011 World Cup winner who was best known for his hard-hitting and performances under pressure also talked about his most memorable knocks, picking his 169-run knock in Bangalore in 2007.

“The 169 at Bangalore [in 2007 when India was 61/4] and the 57 not out against Australia in the 2011 World Cup quarterfinal. The knocks came under tremendous pressure. The six sixes [against Stuart Broad] were very memorable too.”

Yuvraj’s contribution to the team has been immense and apart from his heroics in 2011 World Cup, many remember the left-handed batsman for his six sixes against England and his crucial 121-run partnership with Mohammed Kaif in the 2002 Natwest Series.

After garnering several accolades over the years, Yuvraj Singh announced retirement from the sport in June last year. “I was extremely lucky to play 400 games for India. I could have never imagined it when I first started playing cricket,” Yuvraj had said after announcing his decision to quit.

Yuvraj was the main force behind India’s second World Cup triumph in 2011, scoring 362 runs in eight innings, which included four fifties and one century. In the bowling department, Singh took 15 wickets in nine matches and was India’s second highest wicket-taker after Zaheer Khan.