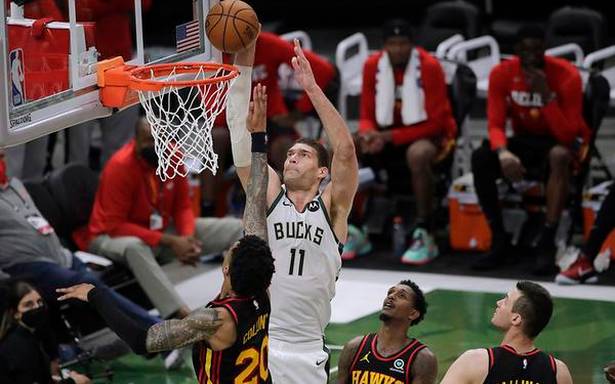 Lopez does the star turn in the absence of Antetokounmpo

Milwaukee Bucks dominated Atlanta Hawks on way to a 123-112 win in game five of the NBA Eastern Conference finals on Thursday.

Brook Lopez had a season-high 33 points, Jrue Holiday had 25 points and 13 assists and Khris Middleton finished with 26 points and 13 rebounds for the Bucks, who grabbed a 3-2 series lead and are one win away from reaching the NBA finals for the first time since 1974.

Milwaukee won despite playing without two-time NBA Most Valuable Player Giannis Antetokounmpo, who is out with an injured knee.

He watched the game from the sidelines, standing with his teammates almost the entire game.