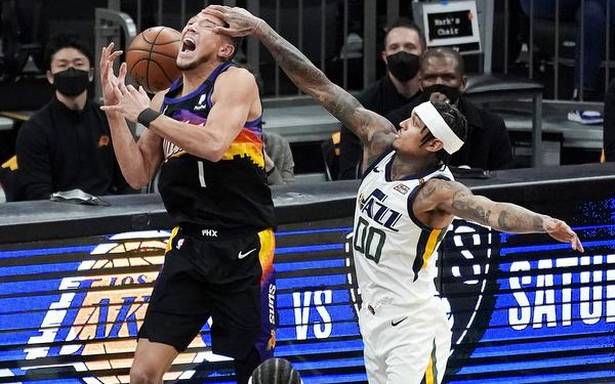 Devin Booker scored 35 points as Phoenix Suns edged Utah Jazz 117-113 in overtime on Wednesday in a Western Conference showdown between the two best teams in the NBA.

The Suns not only won their seventh straight game, but the nail-biting victory gives them an important psychological edge over the Jazz as the 72-game NBA season nears the final stretch. Donovan Mitchell scored a game-high 41 points for Jazz. Mitchell forced the overtime with a three-pointer.

It was a perfect shooting night for Durant whose return came after star point guard James Harden went out with a hamstring injury.