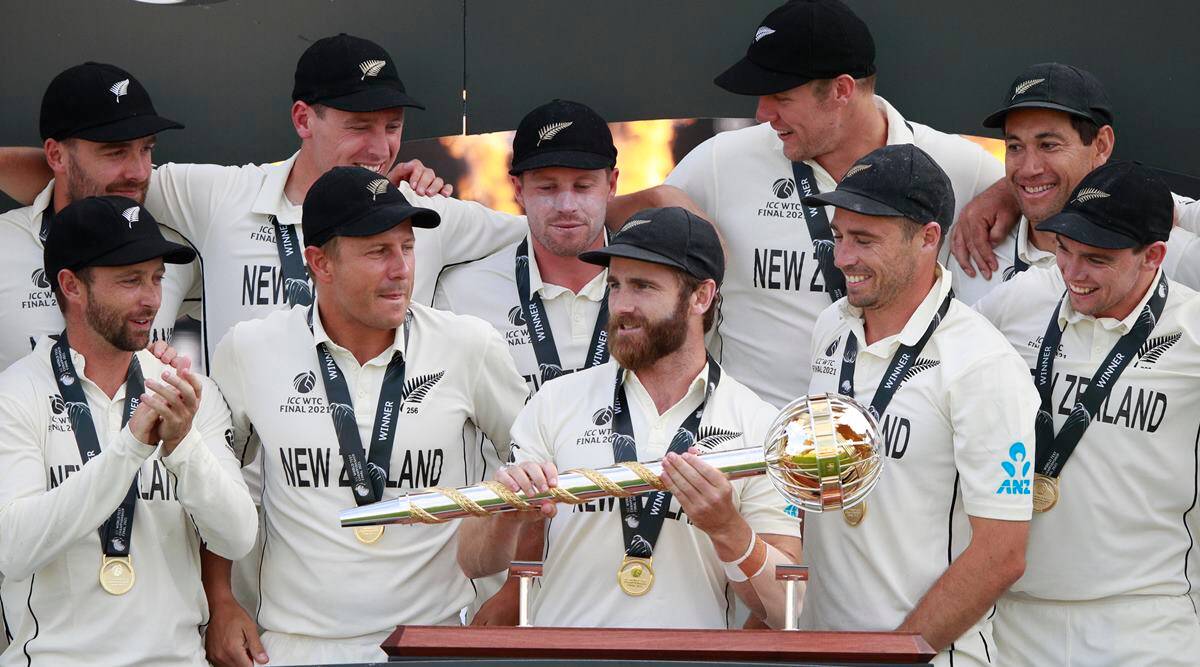 The tour is set to start in Whangarei on July 26 and will cover Auckland, Tauranga, Hamilton, New Plymouth, Palmerston North, Wellington, Christchurch, Dunedin and Invercargill throughout the week so that members of the public have an opportunity to be photographed with the unique trophy and collect autographs and a team poster.

“It’s quickly become apparent that Kiwis want an opportunity to be part of, and to share in this historic achievement,” NZC chief executive David White said.

“We’ve been inundated with requests to do something so that New Zealanders can join in with the team and share the moment.

“At first, we thought the time-out in managed isolation and the length of time since the win would dampen enthusiasm for a public celebration, but we have been persuaded to think again,” he said.

The nationwide tour will involve selected players and support staff assembling at each of the cities on the route, starting with a small group including Tim Southee at his home town of Whangarei.

“It’s a great way to give back to the fans that’ve supported us – not only the last couple of years through the Test Championship but for a long time,” Southee said.

“For some of these smaller places that don’t get a lot of international cricket or see a lot of cricketers, it’s a great chance to go back to those smaller town…I know growing up in a small town, anytime there’s something special like that, it’s always a great occasion.

“Hopefully, we can give back and hopefully give kids a bit of future hope of future cricketers,” he added.

Will Sommerville, Jeet Raval and Todd Astle -? all of whom were involved in the WTC campaign despite not being in England for the final, will also be part of the tour.

The trio will receive their winners medals retrospectively. The Black Caps squad and support staff are currently in managed isolation and will be released on Saturday. White said it was essential they were allowed to spend some time with their families and friends before the trophy tour.