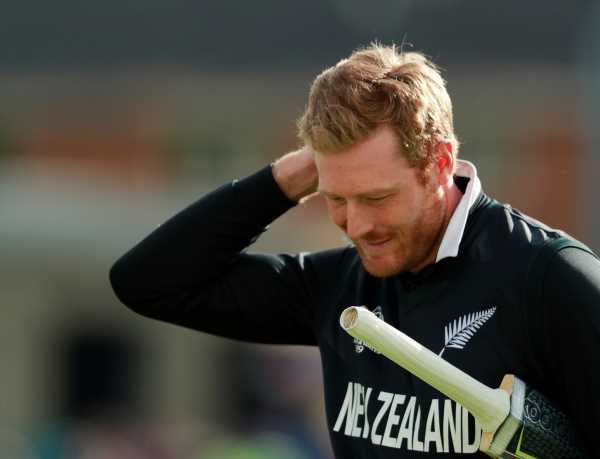 New Zealand have named a largely settled 15-man party for the Twenty20 World Cup in Australia with Finn Allen and Michael Bracewell the only players who did not feature in the squad that made the final in 2021.

Martin Guptill will play in his seventh T20 World Cup and Devon Conway will keep wickets in addition to his batting duties at the tournament, which starts for the Black Caps with a re-run of last year’s final against Australia in Sydney on Oct. 22.

Seamer Adam Milne, who was an injury replacement for Lockie Ferguson at last year’s tournament in the United Arab Emirates, was retained in the absence of Kyle Jamieson, who has a back problem.

Hard-hitting batsman Allen and all-rounder Bracewell are the numeric replacements for leg spinner Todd Astle and wicketkeeper Tim Seifert, who both missed out.

“It’s great to have this tournament so soon after last year’s event in which we played some really good cricket, but couldn’t quite get over the line at the end,” said coach Gary Stead.

“With the nucleus of that squad retained along with the exciting additions of Finn and Michael, we should go into the tournament with plenty of optimism.”

New Zealand also face Afghanistan, England and two as yet undetermined qualifiers from the opening stage of the tournament in Group 1 of the Super 12.

Allen says not in fight to dislodge Guptill

Power hitter Finn Allen might be Martin Guptill’s natural successor in New Zealand cricket but the young top order batsman says he is in no rush to dislodge his veteran team mate ahead of the T20 World Cup.

Both were named in New Zealand’s squad on Tuesday for the Oct. 16-Nov. 13 tournament in Australia where the Black Caps will hope to go one better after making last year’s final in the United Arab Emirates.

Guptill will be 36 at his seventh T20 World Cup, while 23-year-old Allen will hope for chances in his first after shining in T20 leagues in the last couple of years.

Staff have pledged that all available players in the Kane Williamson-captained squad will feature in the warm-up T20s against Pakistan and Bangladesh starting Oct. 8 in Christchurch.

Coach Gary Stead said New Zealand would try a few opening combinations but Allen does not see the tri-series as a potential bat-off with Guptill at the top of the order.

“It’s not really a fight, I think,” Allen told reporters on Tuesday.

“He’s done it for so long. And he’s got so many accolades in New Zealand. He’s such an incredible player.

“For me, I’m just grateful for opportunities to be in the squad and to get my chances when I can. I just look at it like that.

“I try not to put too much pressure on (from) that sort of stuff.”

Guptill was dropped for Allen in New Zealand’s last white ball match, an ODI against Australia in Cairns which the visitors lost by 25 runs.

Allen scored a typically brisk 35 off 38 balls in a half-century opening partnership with Devon Conway, another candidate to open at the World Cup.

Guptill shrugged off his omission from Cairns and sounded far from ready to give up his spot.

“The pressure goes on everyone to perform. I’m lucky enough to do it for a number of years now.

“And I want to continue to do it as long as I can.”