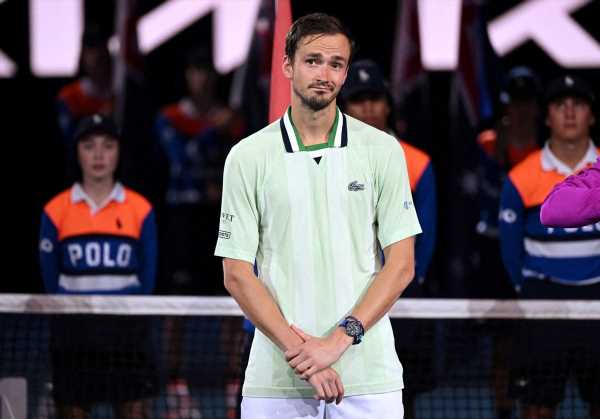 Russian tennis players will not be permitted to compete at Wimbledon, the prestigious third Grand Slam of the season, in response to Russia’s invasion of Ukraine, Sportico reported Tuesday night.

Earlier this month, the All England Lawn Tennis Club (AELTC), which organises the grasscourt Grand Slam, said it was in talks with the British government on the participation of players from Russia and Belarus.

The organisers said it planned to announce a decision in mid-May ahead of the entry deadline for the June 27-July 10 tournament.

The AELTC did not immediately respond to request for comment on the report.

The All England Club would become the first tennis organisation to refuse Russians outright. The ATP and WTA Tours and the International Tennis Federation have allowed players from Russia and its ally Belarus to continue competing, but they are barred from displaying their national flags or playing their national anthems.

In addition, Russia and Belarus have been banned for team competitions such as the Davis Cup and the Billie Jean King Cup.

The decision would prevent world No. 2 Daniil Medvedev and world No. 8 Andrey Rublev from competing in the Wimbledon men’s draw. Rublev made headlines last month when he wrote “no war please” on a television camera lens after winning a match in Dubai.

On the women’s side, Anastasia Pavlyuchenkova (ranked No. 15), Daria Kasatkina (No. 26) and Veronika Kudermetova (No. 29) would be among those affected by the ruling.

The Sportico report said it wasn’t clear whether players from Belarus, which has shown political support for Russian president Vladimir Putin, also would be banned. Two highly ranked female players, Aryna Sabalenka (No. 4) and Victoria Azarenka (No. 18), hail from Belarus.

Multiple outlets previously reported that British government officials were in talks with the Lawn Tennis Association and considering implementing a ban on Russian athletes at Wimbledon.

“We are in very close dialog with the All England Club, the government, with the tours,” LTA chief executive Steve Lloyd said this month.

“We are very conscious of public sentiment in this area. We are trying to navigate what that needs to look like in the summer events in Britain this year.”

British sports minister Nigel Huddleston said in March that “absolutely nobody flying the flag for Russia should be allowed or enabled” in Great Britain, floating the idea that Russian athletes could be screened regarding their allegiance to Putin.

The West has responded to Russia’s invasion in other individual sports already. Russian and Belarusian runners were not allowed to enter the Boston Marathon, which took place earlier this week. Russian paralympians were removed from the Winter Paralympics shortly after the invasion began.

Wimbledon is scheduled to begin June 27.