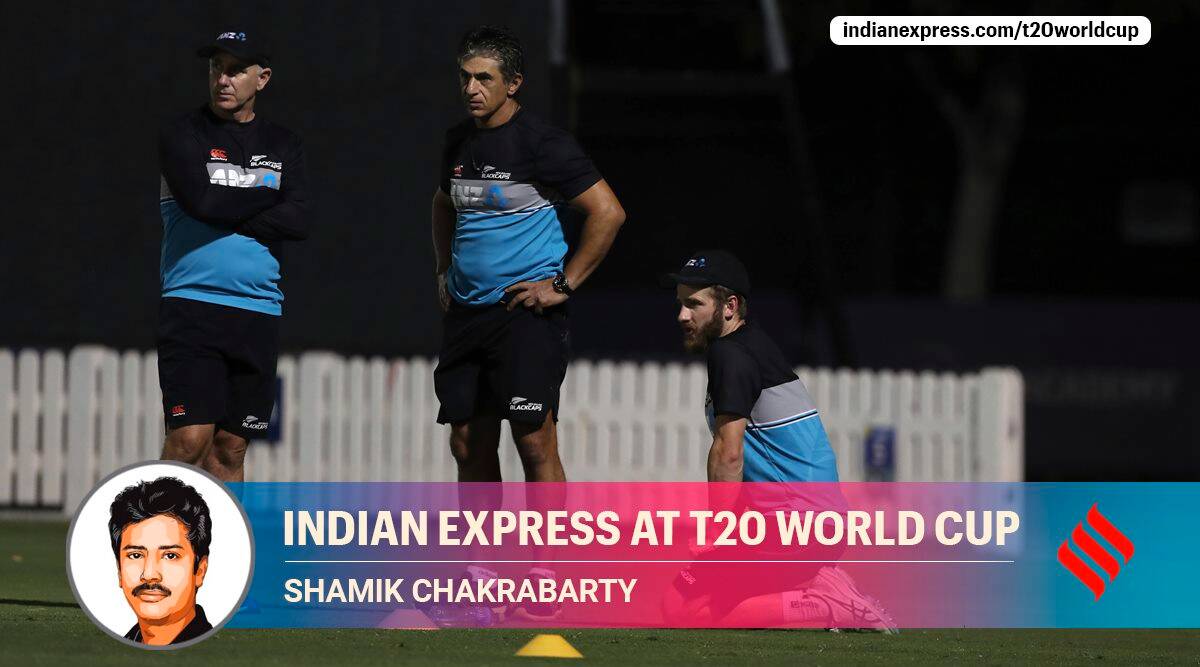 New Zealand skipper Kane Williamson is playing with a dodgy elbow which has restricted his hitting at the nets. But Williamson is not going to miss the final. Devon Conway’s absence could be a blow for New Zealand. The wicketkeeper-batsman was one of the prominent players for his team in this T20 World Cup. A broken right hand has ruled him out of the final and the Kiwis are set to choose a like-for-like replacement in Tim Seifert.

Coming into the tournament, Seifert was supposed to open with Martin Guptill. But during New Zealand’s warm-up fixture against Pakistan before the tournament proper, Daryl Mitchell impressed the team management and was subsequently drafted into the playing eleven. Mitchell can be an enforcer at the top, while he can take the game deep as well like he did in the semifinal against England.

Conway’s replacement, Seifert, is likely to bat down the order. “It’s very unfortunate for Dave, but that’s sport. Sometimes injuries can happen. As a player, I’m ready to go hopefully in the final. It will be a dream come true,” Seifert told the team’s in-house media.

New Zealand skipper Kane Williamson is playing with a dodgy elbow which has restricted his hitting at the nets. But Williamson is not going to miss the final.

Save the forced change, New Zealand are unlikely to tinker with their playing combination. Jimmy Neesham coming good with both bat and ball has augured well for the team’s balance.

Australia, too, are likely to be unchanged, although Steve Smith’s form at the moment is not inspiring much confidence. Then again, this is a final and Smith’s quality and experience could be very important for his team.

Australia’s white-ball captain Aaron Finch said as much at the pre-match press conference. “No, not concerned one bit about his form. He is a world-class player and he is someone in big games has showed how valuable he is. He’s been hitting the ball as well as I have seen for a long time, so no, no concerns there whatsoever.”

Australia have benefited from overloading their eleven with all-rounders – Mitchell Marsh, Glenn Maxwell and Marcus Stoinis. Especially, Marsh batting at No. 3 and bowling a few overs have contributed to the team’s balance and depth.

In Dubai, spinners have performed well. In the semifinal against Pakistan also, leg-spinner Adam Zampa was Australia’s best bowler. But it’s very unlikely that an extra spinner would be brought on for the final. Zampa and Maxwell will do the job.