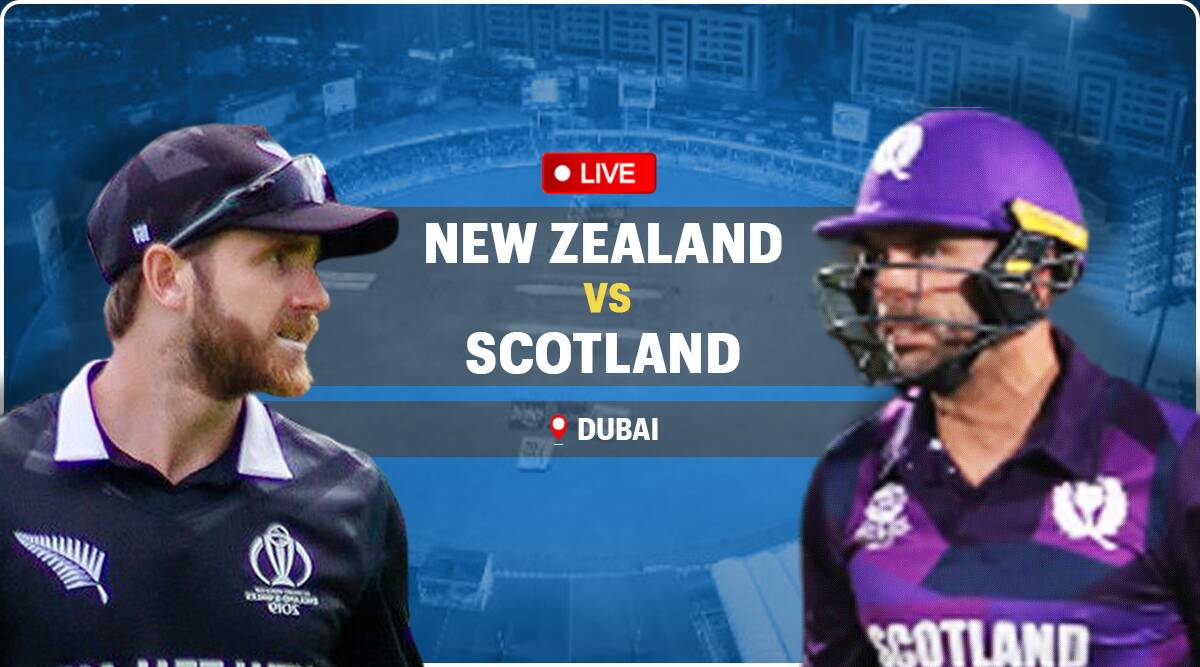 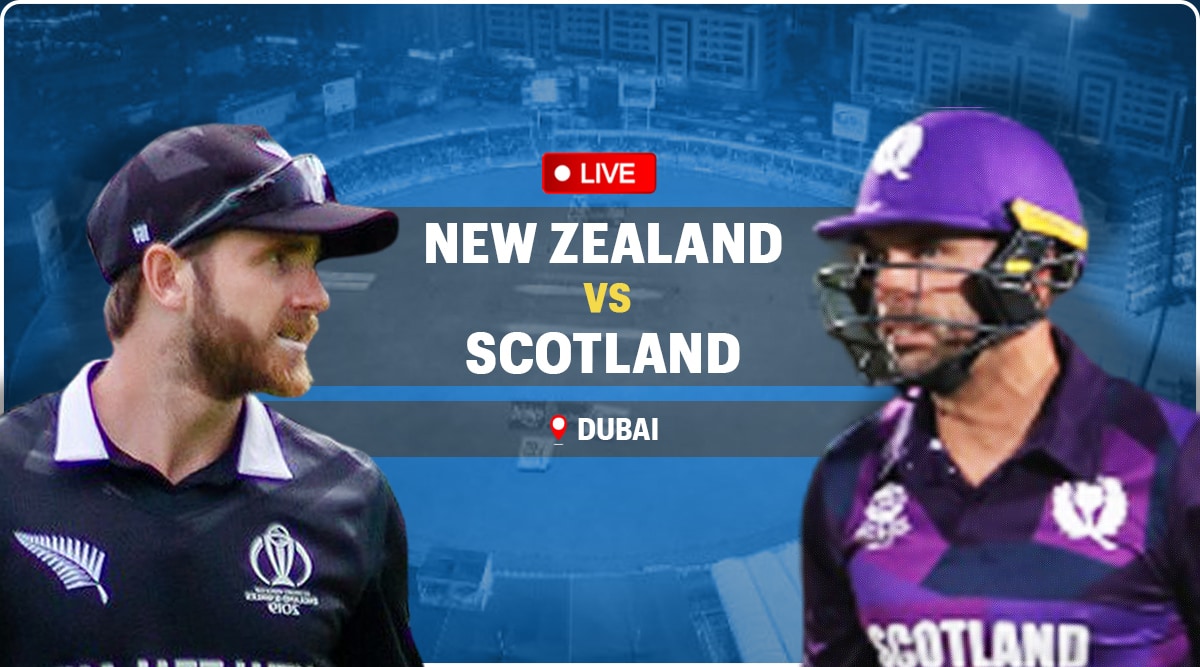 New Zealand vs Scotland LIVE Cricket Score: New Zealand need to win their remaining three matches to make the last four, so the Black Caps can ill afford to slip up. They will also be eyeing dominant wins to improve their net run rate which could come into play later on. Handed a defeat by Pakistan in their tournament opener, Kane Williamson and his troops made a strong comeback in their next game, producing a clinical performance to beat tournament favourites India by eight wickets, taking a giant stride towards a semifinal spot. Scotland, on the other hand, slumped to back-to-back defeats at the hands of Namibia and Afghanistan.

National Anthems are done and it’s time for some live action. New Zealand are donning their retro jersey. Guptill and Daryl Mitchell are at the crease. Guptill is on strike. Wheal will open the attack

Coetzer: “We are going to bowl. Setting total has been challenging. Davey is missing out due to a niggle, Evans comes in. We expected the challenges to go up, it’s a bit of reality check to be honest. We are not fearing any opposition, but are mindful of the challenges. What a time to be a Scottish cricketer and a fan, these opportunities don’t come easy.”

Williamson: “We would have bowled as well, looks like a good surface. It’s important to do the job. We are playing with the same time. For us it’s about maintaining the standard. There are match-winners in every side, so we need to focus. The guys in our side can play a variety of roles, so we are sticking to the same side.”

Scotland win the toss and elect to bowl first.

Handed a defeat by Pakistan in their tournament opener, Kane Williamson and his troops made a strong comeback in their next game. They produced a clinical performance to beat tournament favourites India by eight wickets, taking a giant stride towards the semis. Scotland, on the other hand, entered the Super 12s stage high on confidence, having beaten all their opponents in the qualifiers but things have gone awry for the Scots as they slumped to back-to-back defeats at the hands of Namibia and Afghanistan. Who will come up trumps tonight? Stay tuned for live updates.

Having already played Pakistan and India, they’re expected to breeze past Scotland and Namibia while the clash against Afghanistan could be tricky. The Kiwis have a potent bowling attack and in both the games, they have showed why their bowlers are rated so highly. Defending a modest 134, they made life difficult for Pakistan batters before stifling a star-studded Indian line up. Spinners Ish Sodhi and Mitchell Santner were sensational against India. In their eight overs, the duo gave just 32 runs while also securing crucial scalps of Rohit Sharma and Virat Kohli, while the pacers, led by star seamer Trent Boult, too contributed handsomely. In the batting department, Daryl Mitchell has embraced his role as an opener. Along with veteran Martin Guptill, the two make a formidable pair. After the failure in the tournament opener, the unit was not tested much against India. The biggest worry, however, remains Williamson’s fitness. He is still not hundred per cent and continues to play with an elbow injury. But resting the skipper, a pillar of the New Zealand side, from either of the two games would be a risk the Kiwis may not be willing to take.