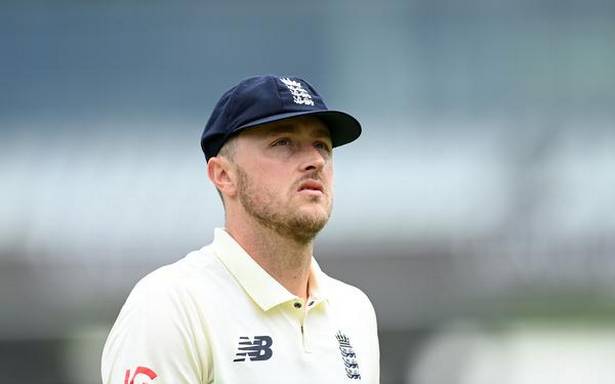 England pacer Ollie Robinson was on Saturday cleared to play cricket again immediately after being deemed to have served his suspension following an investigation into his discriminatory tweets, thus making him eligible for selection for the five-Test series against India.

The 27-year-old has also been fined £3,200 by the Cricket Discipline Commission (CDC), an independent panel, that conducted a hearing on June 30.

"Robinson had previously admitted breaching ECB Directives 3.3 and 3.4 in relation to a number of offensive tweets which were posted between 2012 and 2014, when he was aged between 18 and 20," the ECB said in a statement.

"Following a hearing on 30 June, the Panel decided that Robinson should be suspended from playing cricket for eight matches, five of which will be suspended for two years."

Robinson, who made his England debut in the first Test against New Zealand last month, was suspended from international cricket pending an investigation after his tweets, that were racist and sexist in nature, posted when he was a teenager, resurfaced on the opening day of the match at Lord’s in London.

After being suspended, Robinson had announced he would be taking a short break from playing for his county side Sussex as well.

The panel has taken into account Robinson’s suspension from the England team and two Vitality Blast matches.

"As regards the three matches which are the subject of immediate suspension, the Panel has taken into account the suspension imposed by the England Team from the second LV= Insurance Men’s Test against New Zealand, together with two of the Vitality Blast T20 matches from which Robinson voluntarily withdrew himself from selection for Sussex CCC due to the impact of these proceedings.

"Robinson is therefore free to play cricket immediately," it added.

The Panel was chaired by Mark Milliken-Smith QC. The other two members were Claire Taylor and Anurag Singh.

“I fully accept the CDC’s decision. As I have said previously, I am incredibly embarrassed and ashamed about the tweets I posted many years ago and apologise unreservedly for their contents," Robinson said.

“I am deeply sorry for the hurt I caused to anyone who read those tweets and in particular to those people to whom the messages caused offence. This has been the most difficult time in my professional career for both my family and myself.

“Whilst I want to move on, I do want to use my experience to help others in the future through working with the PCA," he added.

The development means Robinson will available for selection for the five-match Test series against India, starting August 4.