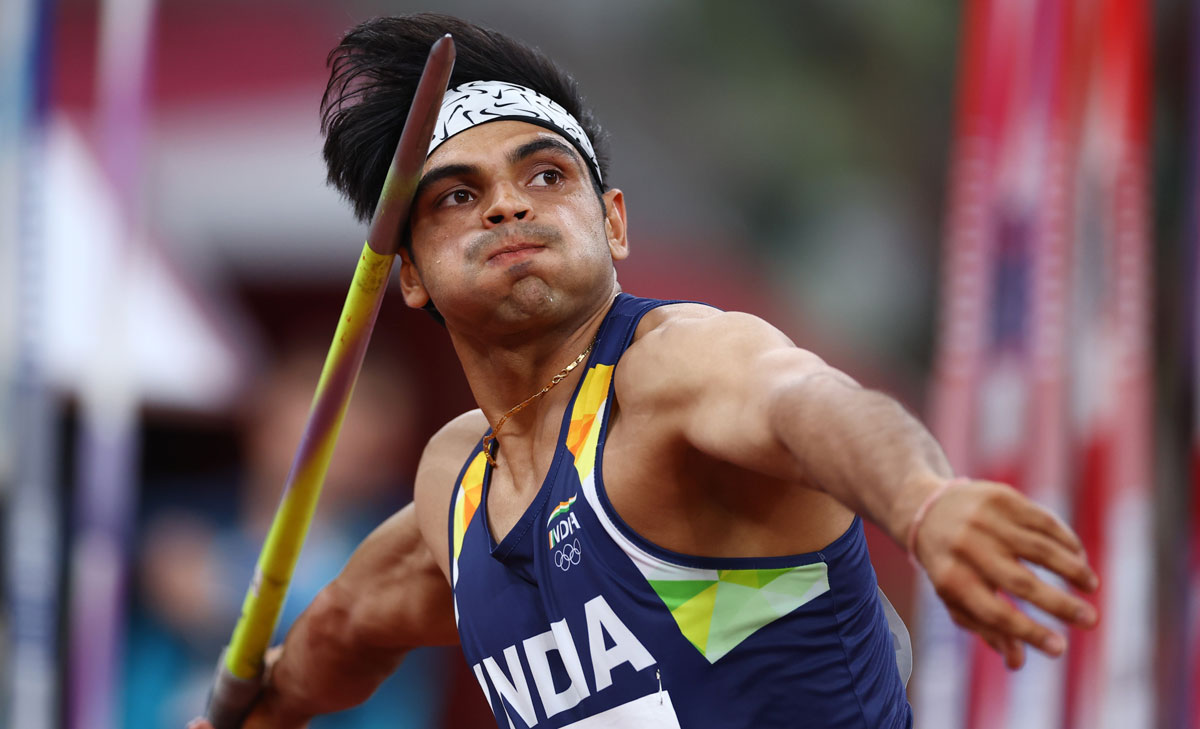 Olympic gold is the ultimate glory for an athlete but star Indian javelin thrower Neeraj Chopra says his best is yet to come as he strives to breach the 90m mark in the upcoming top events this year.

The 24-year-old Chopra won the men’s javelin throw event in Tokyo Games last year with an effort of 87.58m to win India’s first Olympic gold in athletics. He also became only the second Indian after shooter Abhinav Bindra to win an Olympic individual gold medal.

He said touching the 90m mark will be one of his targets this year with a medal in the upcoming World Championships and defending his titles in the Asian Games and the Commonwealth Games being the other aims.

“I always think whatever I’ve done and achieved so far is not ‘the-best’. I think that I can really do better in future. It feels good that whole nation believes in me and have really high hopes for me,” he told the Laureus World Sports website.

“We have been trying to reach the 90m mark for a very long time now. I think I can really do it sometime soon in near future. There’s no pressure on me to get past 90m, but I will work on my technique along with my strength and speed and would like to achieve it this year,” said Chopra, who has a personal best of 88.03m.

Chopra earned a nomination for the prestigious 2022 Laureus World Sports Awards in the World Breakthrough of the Year category.

“The gold medal (in Tokyo) has motivated me in life to do even better. Performing well and ending up on podium will be my target in the World Championship (in July),” he said.

“I have won a gold medal in Commonwealth and Asian Games and I would like to repeat my performance there. I represented India in the World Championship held in London. I couldn’t get into the finals there, but I’ll try my best to finish the tournament on the podium this year.”

Iconic cricketer Sachin Tendulkar, a Laureus Academy Member and winner of the Laureus Sporting Moment Award in 2020, congratulated Chopra for his nomination.

“My heartiest congratulations to you for your continued success representing India on the world stage. A Laureus Nomination is another great achievement — with many more to come,” he said.

World Athletics President Sebastian Coe, whose grandfather was an Indian, said he was in tears when he saw Chopra clinch the gold in Tokyo.

“I have done my level best to be entirely neutral when I’m watching competitions, but my impartiality in Tokyo was really tested to its limit because my grandfather was an Indian, my mother was born in Delhi and brought up in India.

“So, I have obviously very strong emotional ties to that country. Chopra’s win that night had me, Adille (Sumariwalla), the president of India Track and Field, and one of my executive board colleagues from India, Sunil, all three of us standing there in tears at the win.”

“If I win, I would like to place this Award on the top of my list since it’s an international Award. It’s very special and I also hope that in future a lot of Indians will be nominated and will win it for India, as legend Sachin has,” Chopra said.

Asked about the best memory of the Tokyo Olympics, he said, “I won’t be able to forget the moment when I was at the podium and my National Anthem was played. I got a flashback of how I started my journey, the challenges I faced, the hard work over the years.”