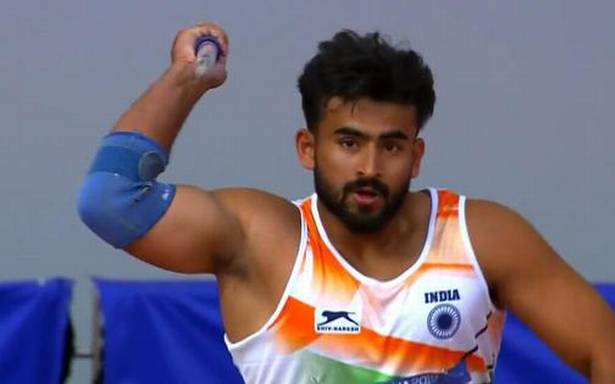 Shivpal Singh feels Indian javelin throwers have the potential to win a medal at the Tokyo Olympics.

Shivpal, who threw the spear 85.47m in South Africa in March 2020 to qualify for the Olympics, was addressing a virtual press conference organised by the Bhubaneswar-based KIIT University to felicitate its Olympics-bound athletes and sports medicine specialist Dr. Sudeep Satpathy on Sunday.

“I am 110 per cent sure that we are going to win a medal in javelin. Last time the (bronze) medal came at 85.38m (Keshworn Walcott of Trinidad and Tobago),” said Shivpal.

Shivpal said a lot depended on the performance on the given day. “At the (2019) World championships (in Doha), the (gold) medal came at 86.89m,” he pointed out.

“If one of us wins a medal, it will make people take notice of the javelin event,” said Shivpal, member of a family of javelin throwers from Banaras.

Sprinter Dutee Chand, who qualified in 100m and 200m for her second Olympics, said she would eye a semifinal berth in Tokyo.

C.A. Bhavani Devi, the first Indian fencer to qualify for the Olympics, was proud of her achievement.

“It’s a dream come true for me. It has taken 15 years of hard work to reach here. It is a matter of great pride for the fencing family of the country,” said Bhavani, who will move from Italy to France next week to continue her training.

Bhavani hoped her achievement would inspire other fencers and sports administrators in the country and help in taking the sport forward.