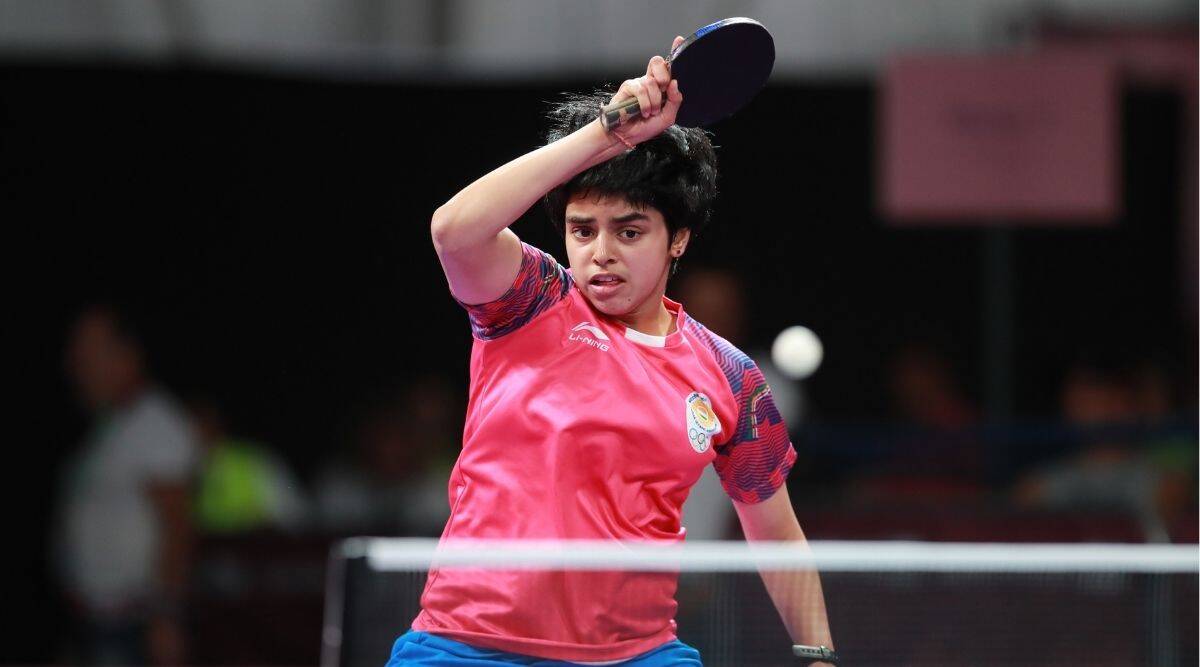 Archana Kamath took a quick half-step forward as she reached to meet the ball at the table. The action suggested that she was going to hammer a forehand return of serve. Indeed, the opponent from Puerto Rico read it that way as well. Instead, the Bangalore-girl pushed the ball back into play, with a hint of sidespin and backspin, and Adriana Diaz, a tad late to react, swung and missed.

Kamath raised her hand to high-five her doubles partner Manika Batra, but Batra, the more seasoned of the two, realised the gravity of what had happened and hugged the youngster. Together, they had just won the World Table Tennis Contender doubles title in Lasko, Slovenia – Kamath’s first ever tour-level crown.

“We were just playing in the present, saving those four game points in the third set,” Kamath says, as she recalls the winning moment in the 11-3, 11-8, 12-10 win in the final less than a fortnight ago. “I’m just happy to have won the title and gotten off the mark. It’s still a long way from where I want to be, but this is a boost and shows I’m on that path.” It’s been a few days, but Kamath has finally processed what she achieved. And in how memorable a place, she won her first title as well.

Lasko, a small spa town in Eastern Slovenia, sits at the foothills of Hum Hill on the banks of the Savinja River. Nearly 7000 km away in Bangalore, Kamath’s mother Anuradha is fairly certain that despite the scenic beauty of the town, the 21-year-old would not have gone sight-seeing.

“When I used to travel with her in her younger days, wherever we were, it was mostly just the airport, hotel, stadium. That’s it,” says Anuradha, an ophthalmologist just like her husband Girish.

“You give Archana a task, be it academics or her table tennis, and she’ll work on that with full focus. Whenever we went for tournaments in India or abroad, she’d just be interested in the game. Even if she’s lost and out of the event, she’ll still want to go to the stadium to watch the remaining matches. She’s not interested in anything else that might distract her.” The determination to focus on her sport and eliminate distractions is what has led her to keep a short haircut.

“It’s easier to manage, and very comfortable for me,” she says. Her mother adds: “It’s short enough that she doesn’t need any hairpins or hairbands. She’s even worn the same earrings for the past 12-13 ears. That’s how focused she is about her sport.”

Kamath may not be interested in playing tourist, but it was on a trip to Mangalore to meet her uncle – when she was nine – when she first started playing the sport.

“He had a table at his home and he started playing with my brother and me,” she says.

“When we went back to Bangalore, my brother started going for coaching and he dragged me along. In a few years I started playing quite well and started winning. That’s when I got hooked.”

“She’s a very calm person off-court, but has a very aggressive style when she’s playing,” explains 2008 Olympian Neha Aggarwal. “She’s become a much fitter player in the past few years which helps that style. And it’s not that she just has a big forehand and that’s it. There’s been great improvement in the power she gets on the backhand as well. She’s become much more focused on her game.”

Kamath has come a long way from where she started. Back then, in her early teens, her mother had to quit her practice as an eye doctor to start travelling along with her.

Anuradha had prioritised travelling with her young daughter, majorly sacrificing her own practice in her prime, because Archana needed a guardian to travel to tournaments. These days Anuradha has had more time to work at the clinic she and her husband run. After all, Kamath has a dedicated team to look after her – coach Brett Clark and Swachand Astekar as her fitness trainer. And help her push for further accolades.