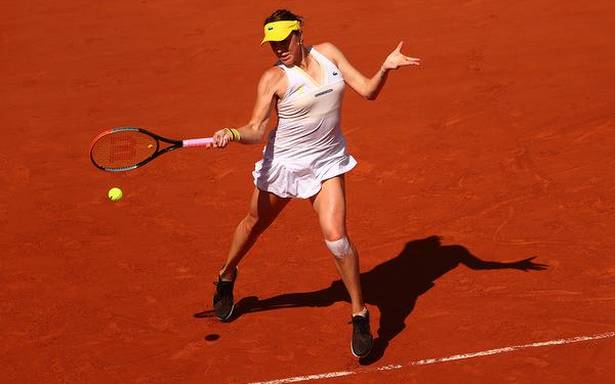 Russian Anastasia Pavlyuchenkova held a steady course to beat a wildly erratic Tamara Zidansek and reach the final at Roland-Garros, showing all her experience to win 7-5, 6-3 on Thursday.

Slovenian World No. 85 Zidansek made a flying start with her aggressive style earning her an early break but Pavlyuchenkova soaked up her opponent’s best shots and proved way too solid in the end.

Zidansek, like Pavlyuchenkova a Grand Slam semifinal debutant, cracked down 27 winners but struggled to contain errors at key moments of the match and handed over the first set with a double fault.

The 29-year-old Pavlyuchenkova forged 4-1 ahead in the second set and then snuffed out an attempted Zidansek comeback, clinching victory when her opponent blazed a backhand wide.

On Wednesday, a fired-up Novak Djokovic repelled a stirring fightback by Italian Matteo Berrettini to claim a 6-3, 6-2, 6-7(5), 7-5 victory to set up a mouth-watering semifinal showdown with defending champion Rafa Nadal.

The 34-year-old bellowed a series of frightening roars after completing a victory that at one stage looked like a formality but became increasingly fraught as Berrettini threw the kitchen sink at the Serb.

“This match had it all: falls, crowd, break,” he told reporters. “It was a lot of intensity. I just felt under tension the entire time and missed some chances to end it in three.

“It was just super, super stressful to constantly be under pressure… the reaction in the end was just me liberating that tension that was building up for the entire match.”