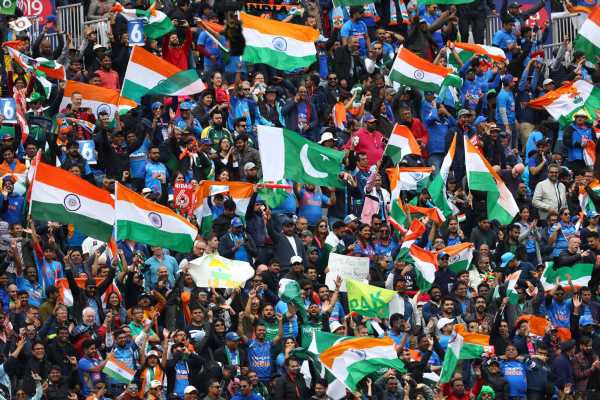 BCCI Secretary and Asian Cricket Council President Jay Amit Shah made the call that the Indian team would not travel to Pakistan for Asia Cup 2023.

The ACC’s decision to take away the Asia Cup 2023 hosting rights from Pakistan was met with understable criticism in that country with retired cricketers Saeed Anwar and Shahid Afridi expressing their displeasure with Shah’s call.

The Pakistan Cricket Board issued a statement, stating that it is surprised and disappointed with the development and revealed that the decision was taken without any consultation with the PCB.

Reacting to Shah’s comments, retired Pakistan cricketer Danish Kaneria pointed out that the BCCI is the most powerful cricket board in the world and all other boards will have to agree to its terms.

Kaneria argued that the PCB can’t retaliate since it is far weaker than the BCCI.

‘The BCCI is the richest board in the world and they contribute 90 per cent to gthe ICC’s overall revenue. Pakistan might not agree with the BCCI’s stance on the matter, but all other boards have to agree with them,’ Kaneria stated.

‘England, Australia, South Africa and New Zealand, all these boards are with the BCCI as they know there’s nothing without the BCCI.’

‘The Indian board is very, very, powerful, whereas the current Pakistan administration is quite weak,’ Kaneria pointed out, adding, ‘They (PCB) will have to agree with what the BCCI says, and there’s no need to feel bad, because it’s due to the political scenario between the two countries as the Indian board would not get the required clearance (to travel to Pakistan).’

It is crucial, Kaneria said, for the BCCI and PCB to resolve their differences as India-Pakistan games are often the top draw at major tournaments.

‘Officials from the BCCI and PCB should arrange a meeting at a neutral venue. They can do that in Dubai in the presence of some people from the ICC. Both boards should build their respective core teams consisting of diplomats,’ he asserted.

About the talk of Pakistan refusing to play India at ICC events in reprisal at the ACC decision, Kaneria believes PCB cannot afford to take such a step.

‘India versus Pakistan is the biggest match there is and people absolutely love it. People have even been talking about the resumption of bilateral cricket. Some have suggested that Pakistan should not play India in ICC events,’ the former Pakistani spinner said.

The truth is Pakistan can’t do that, they can’t afford to take such a step. But India can do this, they can refuse to play against Pakistan even in ICC events,’ he added.

‘It is all but certain that the Asia Cup will not be held in Pakistan next year. It isn’t just the BCCI, tomorrow Afghanistan can also refuse to travel to Pakistan.’