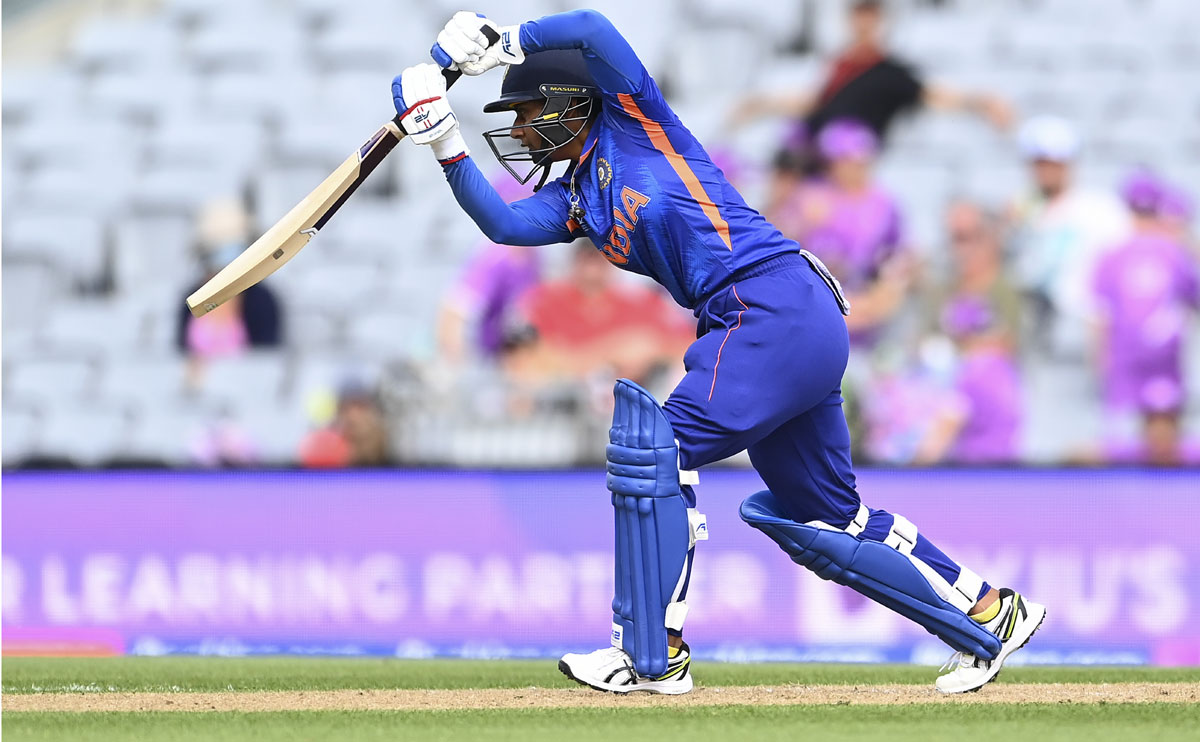 Half-centuries from captain Mithali Raj, Yastika Bhatia and Harmanpreet Kaur lifted India to a competitive 277 for 7 against Australia in the ICC Women’s ODI World Cup match at Eden Parks in Auckland on Saturday.

Mithali (68 off 96) and Yastika (59 off 83) steadied the innings with a 130-run for the third wicket after India lost openers Smriti Mandhana and Shafali Verma cheaply.

With India slipping to 213 for six after being well-placed on 158 for two at one stage, Harmanpreet came up with a much needed 57 not out  off 47 balls to take the team well past 250. Pooja Vastrakar once again provided the late flourish with quickfire 34 off 28 balls.

Pooja and Harmanpreet blasted 64 runs off 47 balls in their seventh wicket stand with India picking 52 runs in the last five overs. India, who were put in to bat by Australia, decided to strengthen the batting by bringing back opener Shafali at the expense of all-rounder Deepti Sharma, who had batted at four in the previous two games.

Yastika, who batted at three with Shafali joining Smriti at the top, scored her first half century of the tournament batting alongside veteran Mithali, who dropped herself a place down to number four.

The skipper also got back amongst the runs after a lean run by her lofty standards in the first four games.

Both Mithali and Yastika found it tough to rotate the strike early on in their innings before they found their rhythm. They used the late cut to good effect against spinners Alana King and Ashleigh Gardner, who were not at their best on the day.

The captain also hit a straight six off left-arm spinner Jess Jonasen enroute to her first half-century of the competition. 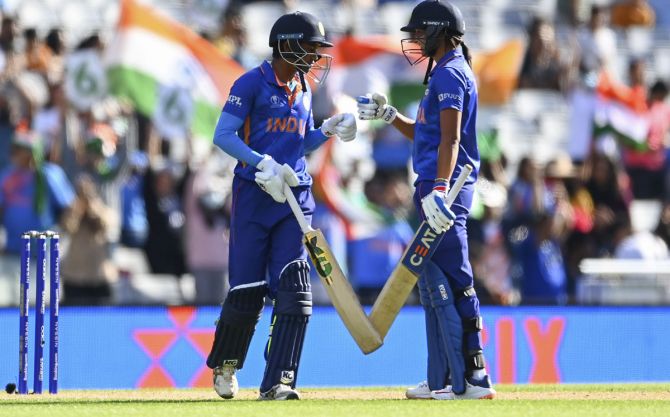 After both Yastika and Mithali perished trying to accelerate, Harmanpreet rose to the occasion and ensured her team set up a competitive total.

T20 skipper Kaur, who was even dropped from the playing eleven before the World Cup due to prolonged lean patch, reached her third 50-plus score in the World Cup proving that she is a big tournament player.

Harmanpreet used her trademark sweep shot off both spinners and pacers to put pressure on the opposition. She was helped by Pooja who smashed couple of sixes and a boundary to end the innings on a high.

Australia’s bowlers bowled as many as 24 wides to help India’s cause.