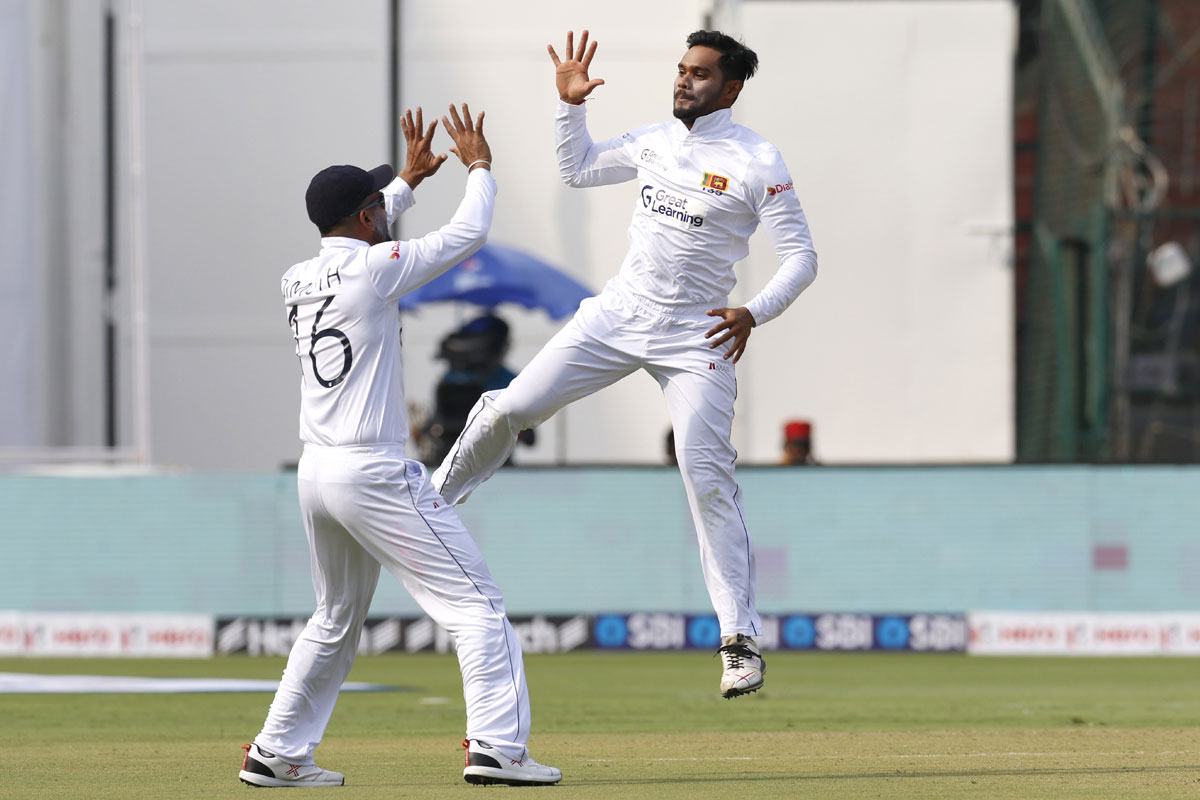 Images from Day 1 in the Pink Ball Test between India and Sri Lanka, in Bengaluru, on Saturday

India were struggling at 93-4 at tea in the day-night Test against Sri Lanka on Saturday after the tourists’ spinners took wickets at regular intervals.

Rishabh Pant (16) and Shreyas Iyer (1) were at the crease at the end of the first session after India won the toss and skipper Rohit Sharma opted to bat first in front of a near-capacity crowd at the Chinnaswamy Stadium. 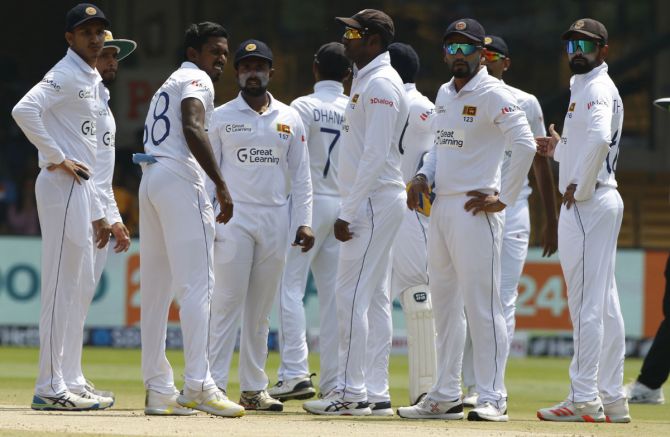 Mayank Agarwal was the first to be dismissed in bizarre fashion in the second over when the opener attempted a run while Sri Lanka were busy appealing for a leg-before-wicket.

Rohit tried to send him back but Agarwal was too far down the pitch and was run out even as the umpire signalled a no ball. 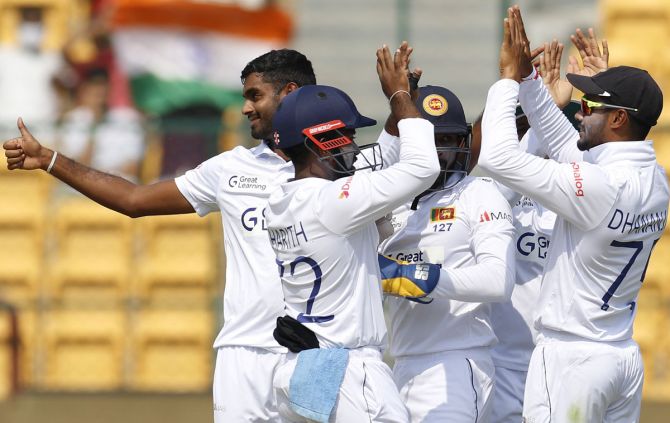 With the pacers having no luck, Sri Lanka switched to spin early and Lasith Embuldeniya struck in his second over, enticing Rohit (15) into a defensive shot and drawing an edge which was safely pouched in the slips by Dhananjaya de Silva.

Rohit was playing in his 400th international game and his wicket ironically drew cheers from the Bengaluru crowd as it brought Virat Kohli — former captain and the star of their Indian Premier League franchise — to the crease. 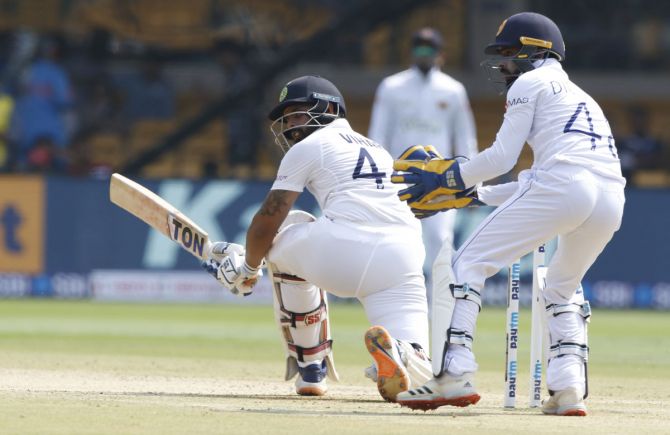 Left-arm spinner Praveen Jayawickrama also asked questions of the batsmen with his turn and he snared Vihari leg-before but the decision was overturned on review with replays showing the ball had narrowly missing the leg stump.

Jayawickrama finally got his man with a rising delivery that turned and nicked Vihari’s bat and he was caught by wicketkeeper Niroshan Dickwella for a patient 31.

Sri Lanka brought on a third spinner in De Silva and he struck in his first over to trap Kohli (23) leg-before with a delivery that kept surprisingly low, silencing the home crowd as the umpire raised his finger.

India lead the two-Test series 1-0 after winning the first Test in Mohali by an innings and 222 runs.