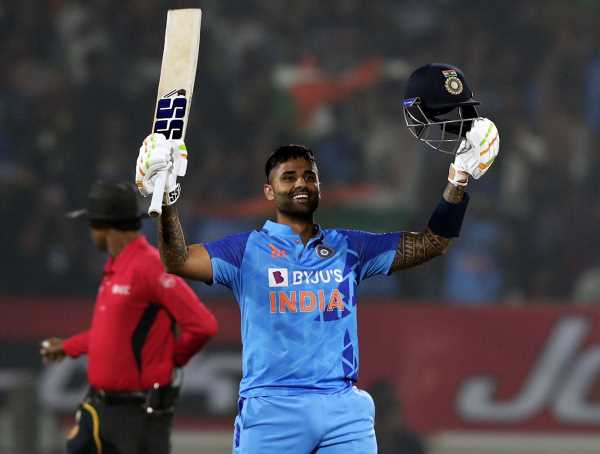 Images from the third and final T20 International between India and Sri Lanka at the Saurashtra Cricket Association Stadium in Rajkot on Saturday.

Suryakumar Yadav continued his golden run with the bat as he smashed 112 not out from 51 balls to propel India to a huge 228/5 in the series-deciding third and final match against Sri Lanka in Rajkot on Saturday.

Suryakumar toyed with the Sri Lankan bowlers, hitting fours and maximums at will and in his trademark manner all across the ground to smash his third T20I century.

After completing his fifty off 26 balls, Surya took only 19 deliveries to reach the 100-run mark. He ended the innings in style, hitting a six and a four off Chamika Karunaratne in the last over. 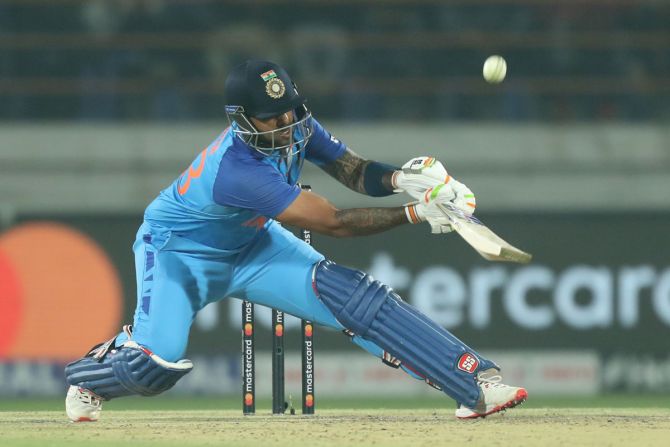 Shubman Gill (46), who failed to go beyond single digit scores in the previous two matches, was cautious as he opened his account after playing nine dots with a six, followed by a four off Dilshan Madushanka in the third over.

Rahul Tripathi sizzled with a quickfire 16-ball 35 after Ishan Kishan (1) was sent back in the first over.

As soon as spin was introduced, Tripathi targeted Mahesh Theekshana (0/48) as he hit three fours from the fifth over. He assumed the role of the aggressor as he pummelled Chamika Karunaratne for back to back sixes before he steered the pacer straight to short thirdman. 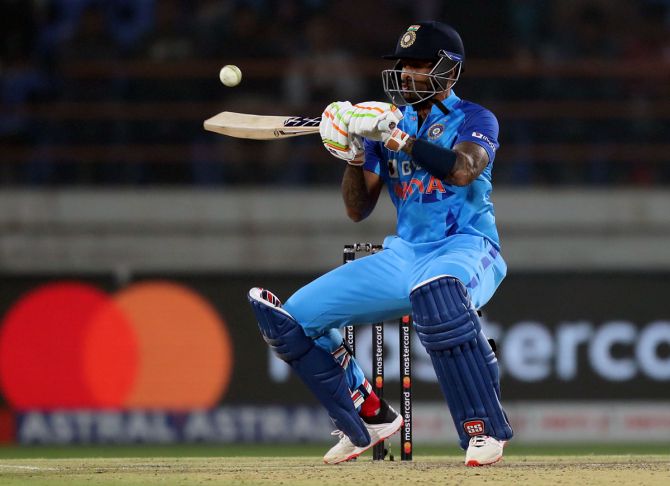 India raced to 53/2 in six overs in the powerplay and while Gill continued to score at a slow pace, Surya was at his effortless best.

The World’s No 1 batter in T20Is looked like a man from another planet.

With Suryakumar firing on all cyliners, Gill tried to up the ante at the other end as well. He hit Wanindu Hasaranga (1/36) for a six but as the youngster moved down the wicket to dispatch the ball for another boundary, a leg-break got the better of him to end the 111-run partnership. 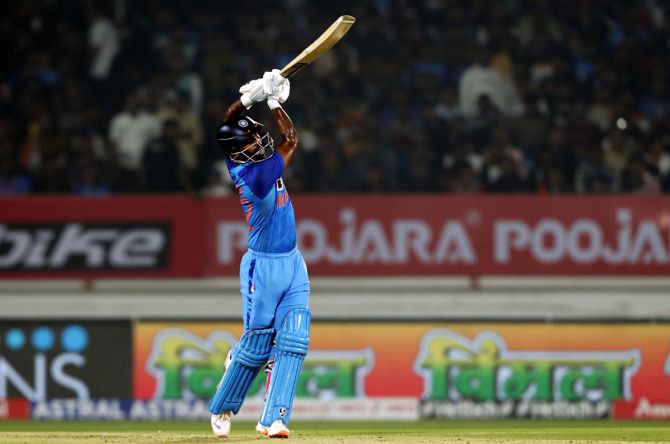 But it was business as usual for Suryakumar as he repeatedly timed the ball to perfection, hitting nine sixes and seven fours in his blazing knock.

Towards the end, he found an able ally in Axar Patel (21 not out) as the duo took India over the 220-run mark.