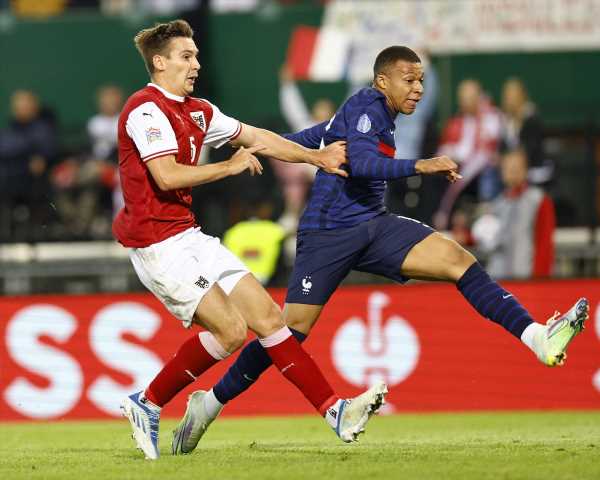 A round-up of Friday’s action in the UEFA Nations League.

Kylian Mbappe struck a late equaliser to help holders France salvage a 1-1 away draw against Austria as they kept alive their slim hopes of reaching the final four of the Nations League on Friday.

Mbappe, who came on as a substitute after the break, found the back of the net with a shot into the top corner seven minutes from time to cancel out Andreas Weimann’s first-half opener.

The World champions are bottom of Group 1 with two points from three games, four behind leaders Denmark, who slumped to a 1-0 home defeat against Croatia.

Second-placed Austria and third-placed Croatia have four points each.

Mbappe had a great opportunity to give Les Bleus all three points with three minutes left, only for his attempt to rattle the crossbar.

“I’m disappointed that we didn’t score more with all the chances we had,” said France coach Didier Deschamps.

“Sometimes we score more goals with less opportunities but I’m not worried. I’ve had to do with minor injuries and fatigue.”

After an initial 1-0 defeat against Denmark at home and a 1-1 draw in Croatia, Deschamps again reshuffled his team as he looked to rest some key players at the end of a long and demanding season.

He handed centre back Ibrahima Konate his first cap and wing back Boubacar Kamara his first start with Mbappe on the bench as Antoine Griezmann and Karim Benzema started up front.

In a lively start, Les Bleus came close in the 18th minute when Griezmann’s free kick was deflected in the path of Benzema, whose header was superbly stopped by Patrick Pentz. 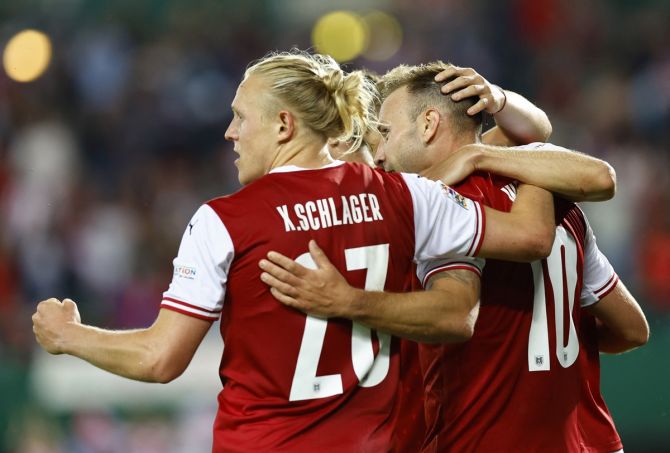 But Austria struck first, in the 37th minute, when Weimann tapped in from close range from Konrad Laimer’s cross at the end of a sharp counter attack.

France had another good opportunity on the stroke of halftime, only for Benzema’s curled shot to be parried away by the impeccable Pentz.

The keeper was at it again early in the second half to deny Benjamin Pavard and Kingsley Coman as the visitors piled on the pressure.

In the 63rd, Deschamps replaced Griezmann with Mbappe, who threatened immediately.

Just as it seemed France had run out of energy and ideas, Mbappe collected a short pass from Christopher Nkunku before beating Pentz from inside the area with a clinical, brutal shot in the 83rd.

He came close to doubling the tally four minutes later when Pentz deflected his attempt onto the bar after a one-two with Benzema.

“That’s not what we came for but we’ll take that point and try to win on Monday,” said Mbappe. 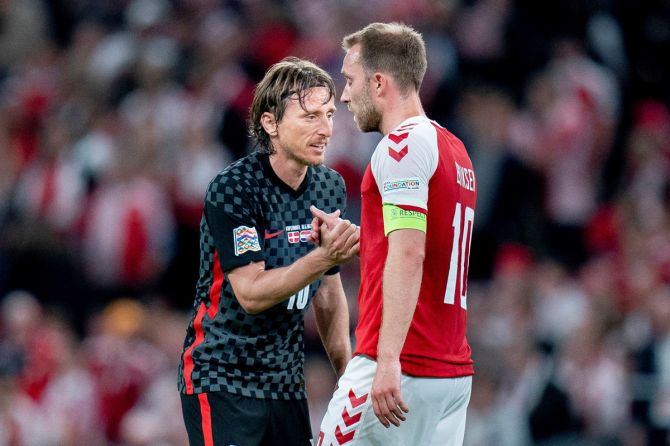 An opportunist second-half goal from Mario Pasalic gave Croatia a 1-0 away win in Denmark in their Nations League Group A1 match as playmaker Luka Modric came off the bench to turn the game around for the visitors.

It marked the first time the Danes, who made it to the semi-finals of Euro 2020, dropped points in the current competition but the Croatians deserved the victory after a solid defensive performance and some moments of Modric magic.

The best chances of the first half fell to Denmark’s Andreas Cornelius, who had a curling left-foot shot swatted away by the keeper and a goal ruled out three minutes later when fullback Joakim Maehle was deemed to have committed a foul in the build-up. 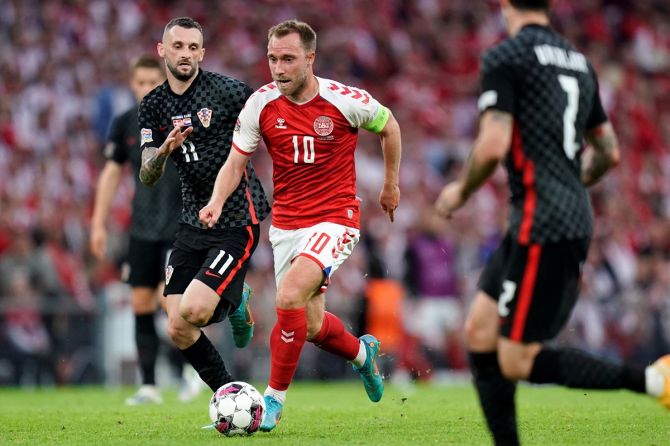 The introduction of Modric as a halftime substitute changed things for the better for the visitors, and the midfielder began dictating the play, forcing a fine save from Kasper Schmeichel just after the hour mark.

Danish defender Joachim Andersen was lucky to get away with a yellow card for a reckless challenge minutes later as he flew into a sliding tackle on Andrej Kramaric that could well have resulted in his dismissal.

Modric’s free kick from that incident was deflected behind and from the resulting corner, again taken by Modric, Pasalic slotted the ball between Schmeichel’s legs to open the scoring in the 69th minute.

Denmark, who had a Jonas Wind goal ruled out for offside in the 87th minute, still lead the group with six points from three games and will host second-placed Austria on Monday, while Croatia, who are third, travel to Paris to take on bottom side France.