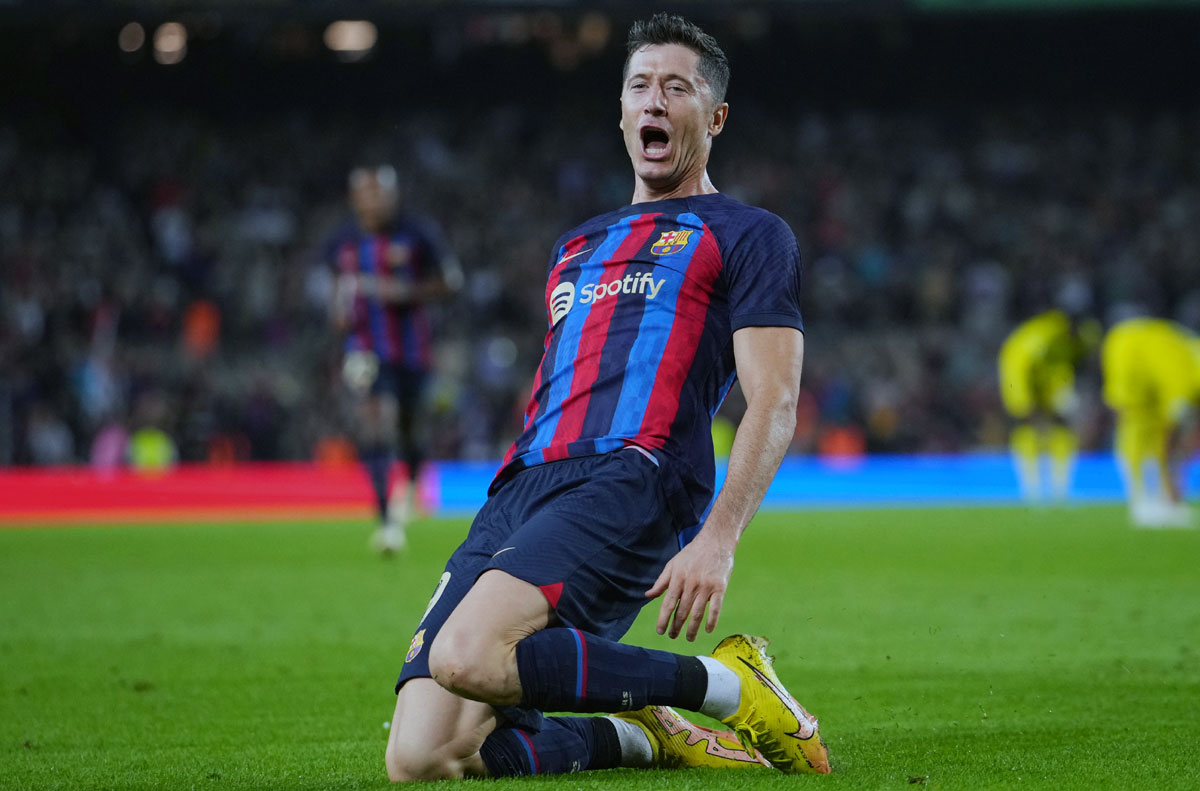 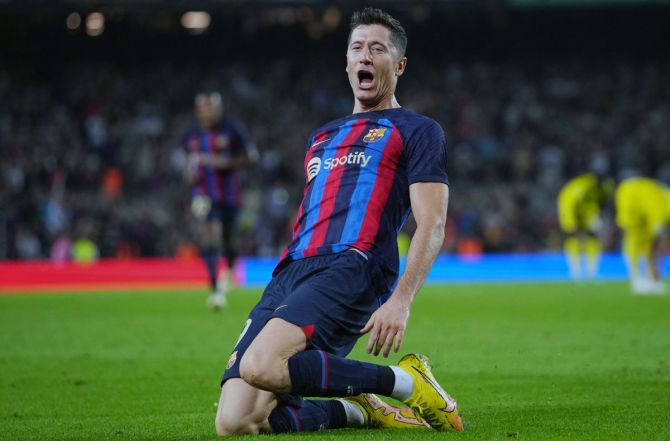 Barcelona bounced back from their painful Clasico loss in style as they cruised to a 3-0 home LaLiga win over Villarreal with a brace from Robert Lewandowski on Thursday.

Barcelona remained second in the standings on 25 points, three behind Real Madrid and three clear of third-placed Real Sociedad, who have won their last five league games and eight consecutive wins in all competitions.

Manager Xavi Hernandez said he was going to shake things up and he kept his word, making five changes to the team completely outclassed in their 3-1 loss at Real Madrid on Sunday.

That was another major blow to Xavi and his team who are on the verge of Champions League elimination after a 3-3 home draw with Inter Milan last week.

“The changes are not to point fingers at anybody,” Xavi told a news conference.

“On Sunday (against Athletic Bilbao) I will make more changes. I want all players to be ready and 100% for when the opportunity comes.

“We need intensity and will. We need to react quickly after two bad results and I think we made a great game tonight.”

Teenager Ansu Fati shone for Barca on Thursday as he created three great early chances before Lewandowski opened the scoring in the 31st minute.

The Polish striker controlled the ball brilliantly from a low cross by Jordi Alba and shook off two defenders with a subtle touch before swivelling to finish with a powerful shot.

Barcelona scored three times in seven minutes as the Polish striker increased the lead with a precise curling shot from the edge of the box to finish off a counter-attack after Pedri stole the ball close to the centre circle.

Lewandowski has scored 11 goals in 10 LaLiga matches for Barcelona this season and is the league’s top scorer, four goals ahead of his nearest rival.

With the points secured, Barca took their foot off the gas after the break but comfortably held on to their lead.

“The most important thing is the win. The team always come first,” Ansu Fati told Movistar Plus.

“Of course, I want to play, to start and get back in shape. I’m ready, I feel good and I’m available to help the team if the coach needs me.” Arsenal qualified for the Europa League knockout stage with two group games to spare after Granit Xhaka’s second-half goal secured a 1-0 win over PSV Eindhoven at the Emirates Stadium on Thursday.

Victory in the rescheduled A match, postponed last month following the death of Queen Elizabeth, means Arsenal will finish in the top two in Group A having maintained their perfect start after four games.

The group winners secure an automatic last-16 spot while the runners-up face one of the third-placed teams dropping down from the Champions League in a two-legged playoff tie in February.

“We had really good moments where we dominated against a really good side. We lacked that final pass or shot but we’re happy to win the game and we are qualified which is the first step,” Arsenal manager Mikel Arteta said.

“The difference between finishing first and second is big and we want to get the job done (next week).

Arsenal visit PSV next Thursday in the reverse fixture needing a point to guarantee top spot in the group.

The hosts endured a frustrating first half as they dominated, and had nine shots to PSV’s one, but struggled to create clear opportunities and did not trouble goalkeeper Walter Benitez.

Arsenal also made a slow start to the second half before Bukayo Saka, Eddie Nketiah and Gabriel Jesus all came close to breaking the deadlock, with Xhaka finally giving them a deserved lead in the 71st minute.

Substitute Martin Odegaard played the ball wide right to Takehiro Tomiyasu who found an unmarked Xhaka and the Swiss midfielder swung a half-volley past Benitez for his third goal of the season in all competitions.

Arsenal sit top with 12 points, five more than second-placed PSV, with the win leaving them on the cusp of sealing top spot.

“We had chance after chance and we didn’t have the luck to score earlier but we had the passion to keep the ball, keep creating the chances and I think we deserved the win,” Xhaka said.

“It gives us confidence. Everything is going well at the moment but for us it is not a surprise, we’re doing a lot of work… We wanted to go through and are very happy.”