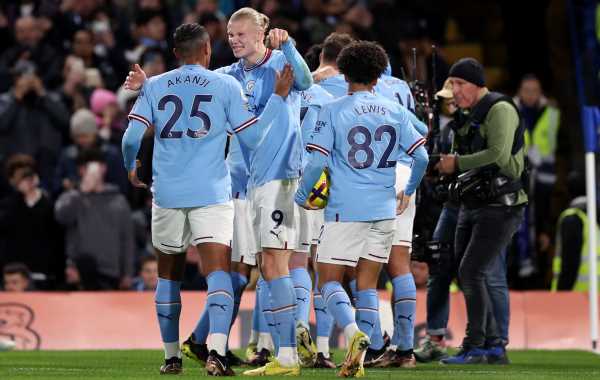 Second-half substitute Riyad Mahrez earned Manchester City a 1-0 win at Chelsea on Thursday to move to within five points of leaders Arsenal in the Premier League.

Mahrez got on the end of a perfectly placed cross from fellow sub Jack Grealish in the 63rd minute after 2022 champions City upped the tempo following a lacklustre first half from the visitors. 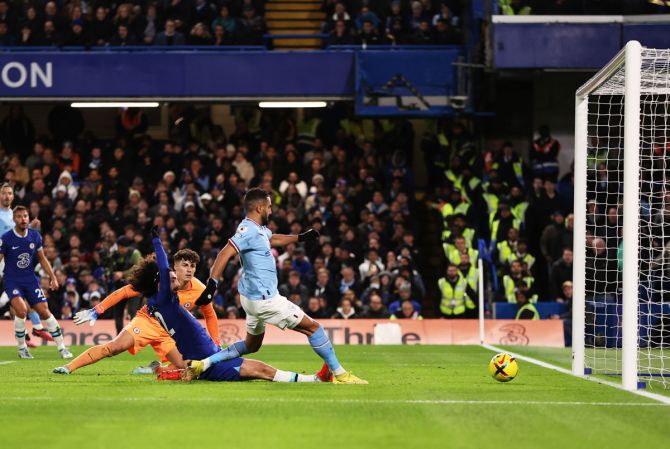 Their replacements and later young subs fought hard against a powerful City side and had some bright moments with 19-year-old Carney Chukwuemeka hitting the post in the first half but could not get past an experienced defence.