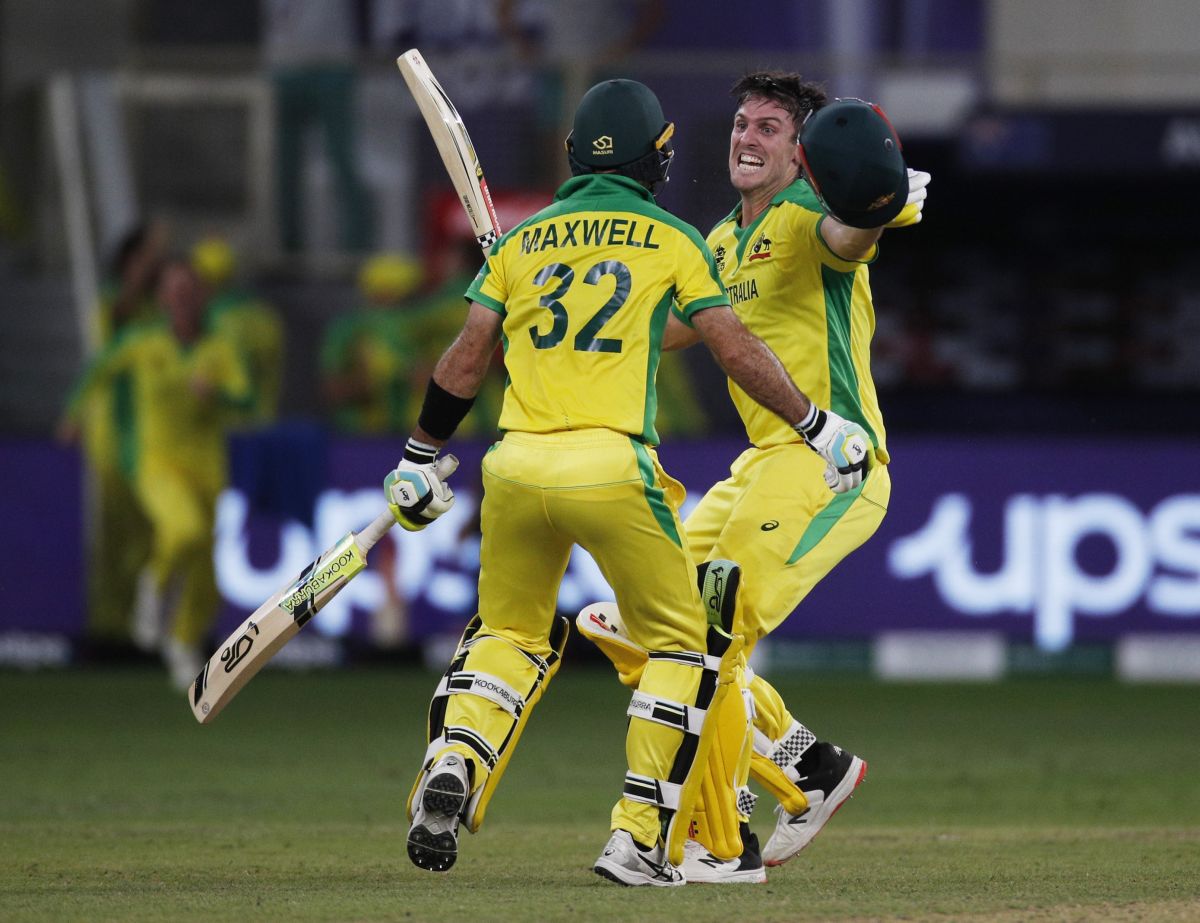 New Zealand captain Kane Williamson’s 85 off 48 balls fired his side to a strong 172-4 in a rematch of the final of the 2015 ODI World Cup between the trans-Tasman rivals.

Like in that contest in Melbourne four years ago, Australia triumphed again this time with seven balls to spare.

Marsh belted four sixes in his incendiary 77 not out, and Warner smashed 53 to drive Australia’s chase at the Dubai International Stadium.

Earlier, Williamson scored nearly half of New Zealand’s final total which had looked a distant dream for a side on 57-1 at the halfway stage of their innings.

Dropped on 21 by Josh Hazlewood, Williamson clobbered three sixes and 10 boundaries after Australia counterpart Aaron Finch elected to field at a venue which has favoured the chasing team throughout the tournament.

Matthew Wade spilled a bottom-edge from Martin Guptill (28) early though it was not Australia’s costliest mistake as a fielding side.

Wade sort of made amends in the next over when he took a diving catch to send back Daryl Mitchell, the architect of New Zealand’s semi-final victory against England.

New Zealand were 32-1 after six overs, their lowest powerplay score in the tournament, and endured a 32-ball stretch without a boundary.

It could easily have been worse for them but Hazlewood dropped Williamson, then on a run-a-ball 21, at fine leg.

The batsman plundered 56 runs off the next 21 balls he faced, including back-to-back sixes off Glenn Maxwell en route to a 32-ball fifty.

Williamson milked 22 runs off Mitchell Starc’s third over, hitting the left-arm quick for four fours and a six.

Hazlewood eventually dismissed Williamson in the 18th over but not before the New Zealand skipper had hauled his team near the 150-mark.

With their captain leading by example, New Zealand plundered 115 off the final 10 overs.

Hazlewood claimed 3-16 but that dropped catch nearly overshadowed his excellent display with the ball. Marsh, who took 50 balls for his knock, also ensured that Justin Langer got some breathing space ahead of the big Ashes after a tumultuous year at the helm.

And for all the sceptics, who believe T20 cricket only needs short-format specialist, Australia won their first title with five Test specialists — three pacers Pat Cummins, Mitchell Starc and Josh Hazlewood — along with Warner and Steve Smith in the side.

After five ODI World Cup titles, Australia finally exorcised the ghosts and in the most professional manner under a cool but under-rated skipper Aaron Finch.

Warner, who was humiliated at this very venue by an Indian IPL franchise, who made him sit in the gallery with a flag in hand, played his part in their stand of 92 in just under 10 overs.

It was a tournament where Warner made a comeback after being down in dungeons for a very long time and showed the world that one should never mess with champions’ egos. 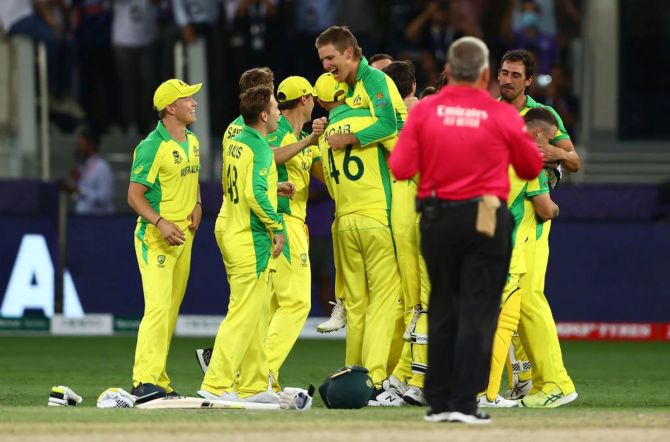 Australia wobbled early in their chase, losing Finch in the third over when Mitchell ran in from deep square and took an excellent sliding catch.

Warner and Marsh, however, refused to retreat into a defensive shell and, with both going great guns, Australia cruised to the 100-mark in the 12th over.

Trent Boult ended the carnage when he rattled Warner’s stumps but Marsh continue to hector the bowlers, bringing up his fifty with his fourth six.

Maxwell chipped in with a cameo unbeaten 28 sealing the victory with a cheeky reverse shot.