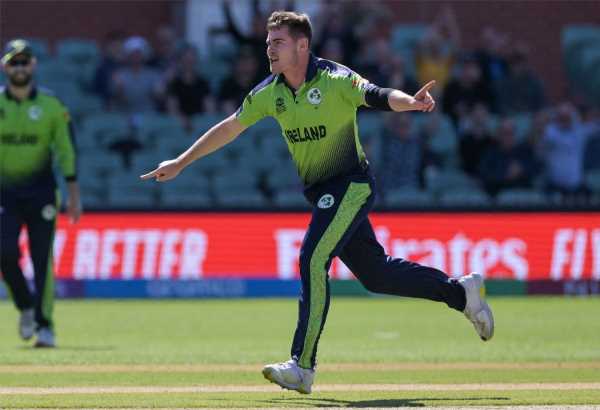 Paceman Josh Little picked up Ireland’s second hat-trick in T20 internationals when he grabbed a trio of New Zealand victims at the T20 World Cup on Friday.

Left-armer Little had Kane Williamson caught at deep backward square leg for 61, then James Neesham lbw for a duck in the 19th over at Adelaide Oval. 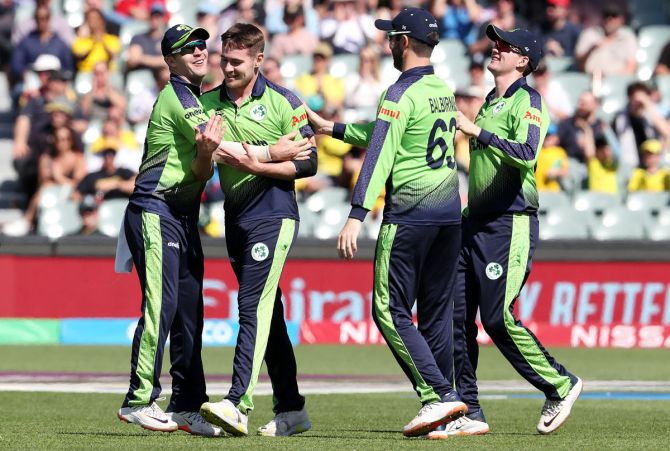 He then had all-rounder Mitchell Santner dismissed lbw with the hat-trick ball to be mobbed by his team mates and trigger cheers from the building crowd at the stadium.

Both Neesham and Santner tried to overturn their decisions but the decision review system confirmed the wickets, etching Little’s name in Irish cricket history. Little’s hat-trick was the sixth in T20 World Cups and the second at this year’s tournament.

New Zealand finished their innings on 185/6.