With the 75th Independence Day around the corner, the India men’s hockey team post their victorious return from Commonwealth Games 2022 visited the National War Memorial in New Delhi on Thursday, to express their gratitude to the brave martyred soldiers of the nation.

The hockey players showed their deep interest in visiting this monument of great national importance as it holds a long tradition of unflinching, loyalty, valour and sacrifice in the line of duty. 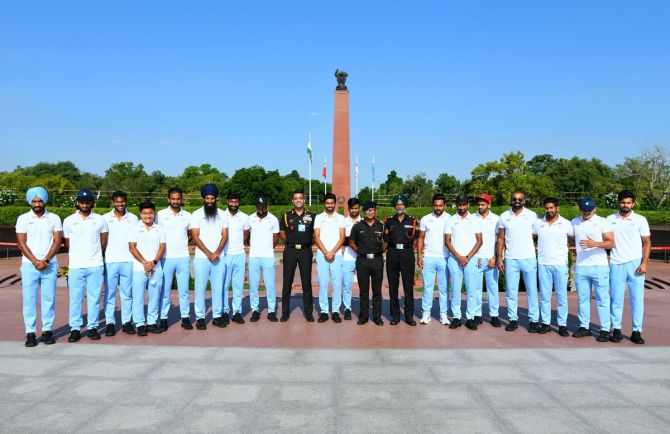 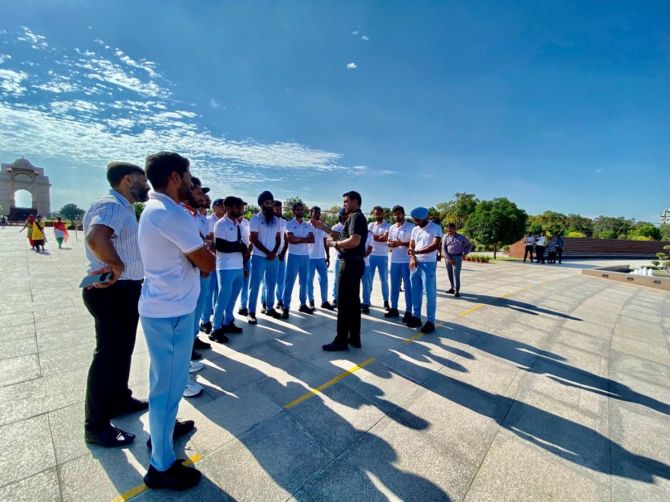 Meanwhile, coming over the walls of Tyag Chakra, some of the team members said: “It is really a proud moment for us to see more than 26000 names of martyrs etched here and without missing the chance, we would like to offer our homage to the martyrs of Kargil War.” 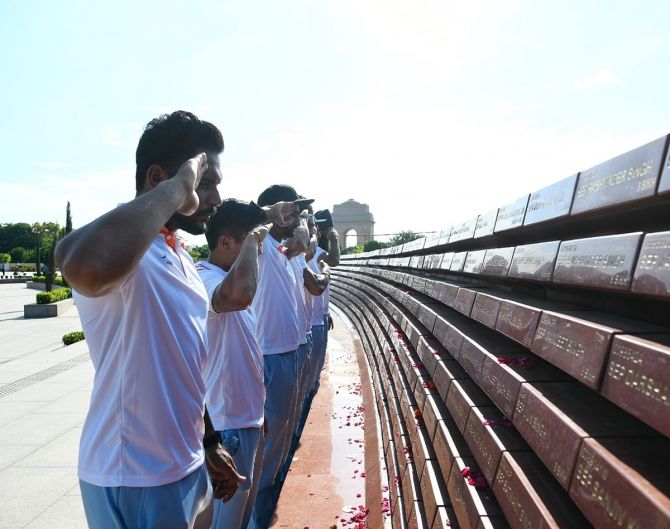 Having paid the tribute and saluting the fallen heroes, the squad went on to see the murals of six significant battles fought by the courageous soldiers of the nation. Drawing inspiration from the Chakravyuh formation, the iconic National War Memorial boasts of thematic concentric circles with a tall ceremonial obelisk at its centre that bears the eternal flame ‘Amar Jawan Jyoti’.

“Like the eternal flame in the Amar Chakra, one of the concentric cirlces, our heroes as well as their act of gallantry will remain immortal in our hearts,” said captain Manpreet Singh. 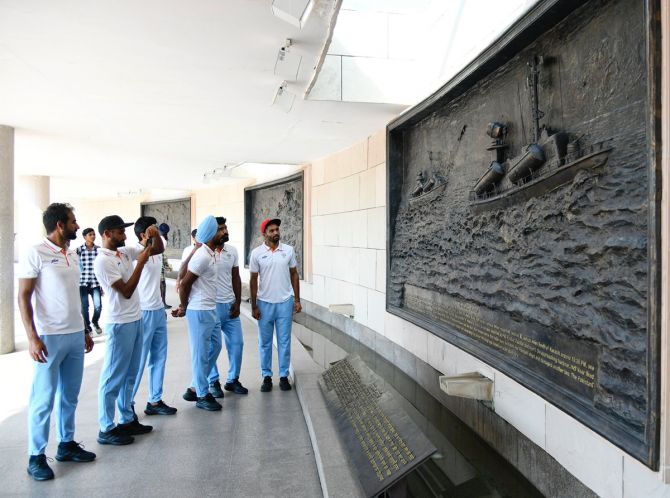 He also added that with this visit they have realised that the war memorial has so much information and knowledge to offer.

“We are aware about some soldiers and their act of bravery, but visiting this monument, we realised that there are tales of inspiration about each unsung hero of the country. And we request everyone to take out some time and visit this place to honour the people who have laid down their lives so that we live peacefully. We are inspired and touched.”