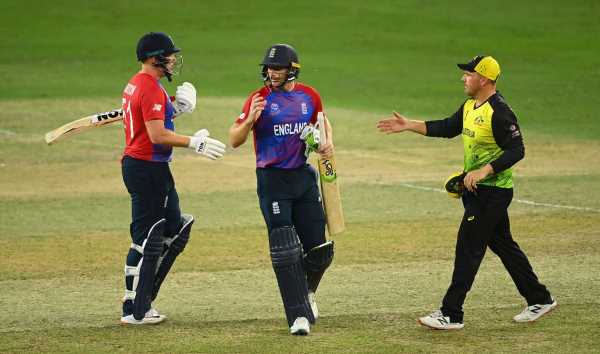 England stood on the brink of the semi-finals of the Twenty20 World Cup after Jos Buttler’s batting pyrotechnics secured their comprehensive eight-wicket victory against Australia in a Group I match on Saturday.

Buttler smashed an incendiary 71 not out off 32 balls as England, having bowled out Australia for a below-par 125, triumphed in 11.4 overs in the one-sided Super 12 contest.

Eoin Morgan’s team, bidding to become the first side to hold both the 50-overs and 20-overs World Cups at the same time, top the group after a hat-trick of victories, followed by Australia and South Africa with two wins each.

Earlier, Morgan elected to field after winning the toss and sprang a surprise by opening with leg-spinner Adil Rashid at the Dubai International Stadium. 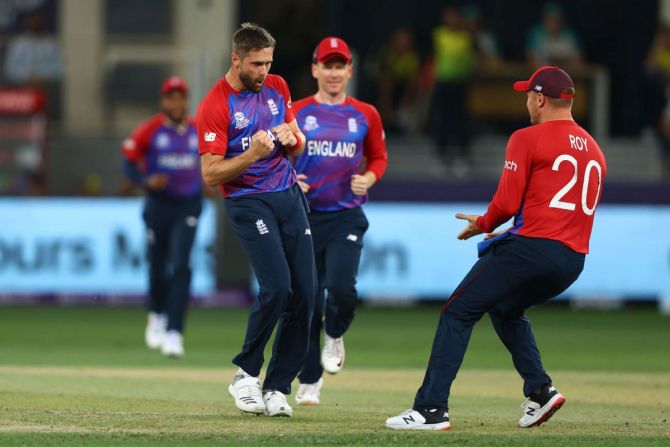 The ploy did not bear fruit but England had no reasons to complain as Chris Woakes turned tormentor-in-chief to leave Australia reeling on 15-3 inside four overs.

Woakes dismissed David Warner with his second ball, took a one-handed catch near the ring to send back Steve Smith, and trapped Glenn Maxwell lbw to mow down Australia’s top order.

Rashid returned to remove Marcus Stoinis and Australia captain Aaron Finch could only watch from the other end as a nightmare unfolded in front of his eyes.

Ashton Agar (20) hit Woakes for back-to-back sixes and Pat Cummins meted out the same treatment to Tymal Mills to take Australia past the 100-mark.

Finch made 44 before falling to Chris Jordan (3-17) and Australia were eventually all out in exactly 20 overs. 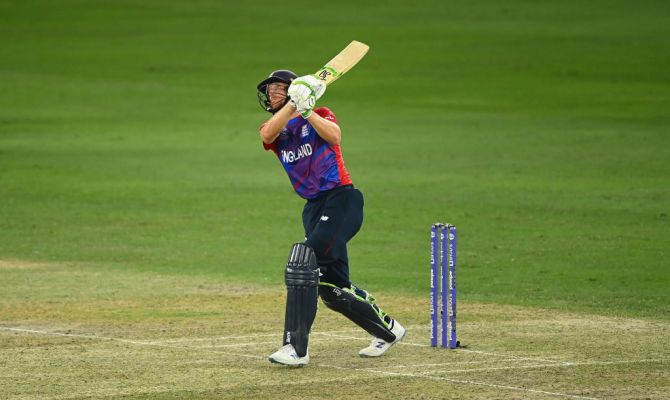 England looked in a hurry to wrap up victory with Buttler leading the onslaught when they returned to begin their chase.

Buttler hit Mitchell Starc for back-to-back sixes as England, at 66 for no loss, helped themselves to the tournament’s most productive powerplay session.

Adam Zampa removed Jason Roy and Dawid Malan fell cheaply but Buttler continued the batting mayhem and raced to a 25-ball fifty, reaching the milestone with the fourth of his five sixes.