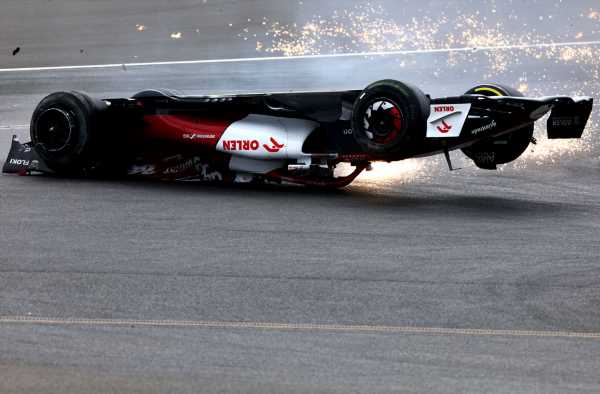 The British Formula One Grand Prix was halted and re-started on Sunday after a multi-car opening-lap collision left Chinese driver Guanyu Zhou’s Alfa Romeo wedged on its side between the tyre barrier and catch fence.

The governing FIA said emergency crews were quickly on the scene to extract Zhou, whose car skidded upside down along the track at speed before bouncing across gravel and flipping over the impact-absorbing tyre wall. 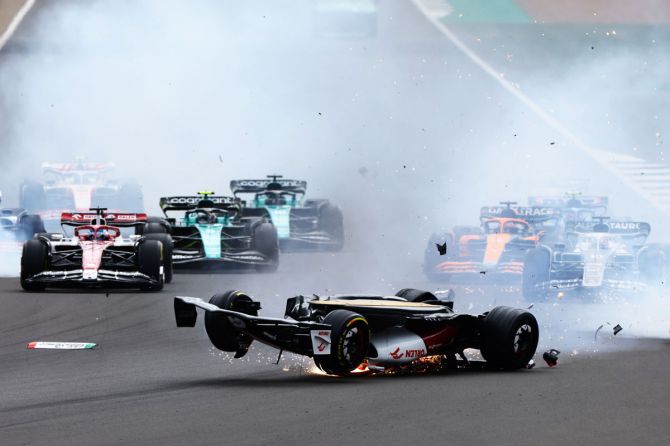 The rookie remained conscious and was taken to the medical centre for further evaluation along with Williams’s Alexander Albon, who was later transferred to hospital in Coventry by helicopter for precautionary checks.

“He’s conscious, talking and no fractures. Considering the circumstances, he is pretty good,” said an FIA spokesman of Zhou. 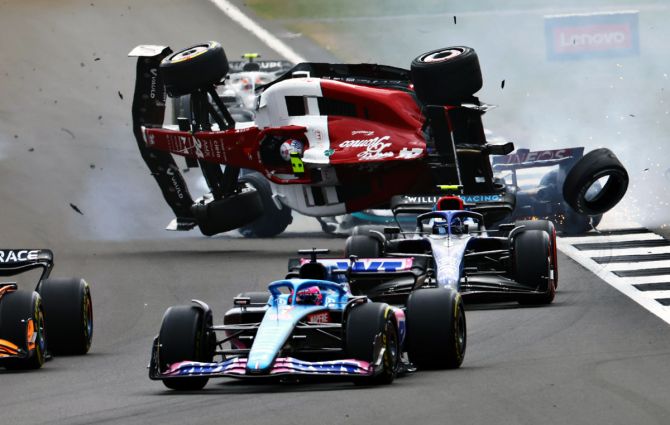 The race was later re-started.

Mercedes’s George Russell was also involved in the incident and retired, the crash at Abbey ending the Briton’s run as the sole driver to have finished every race in the top five places this season. 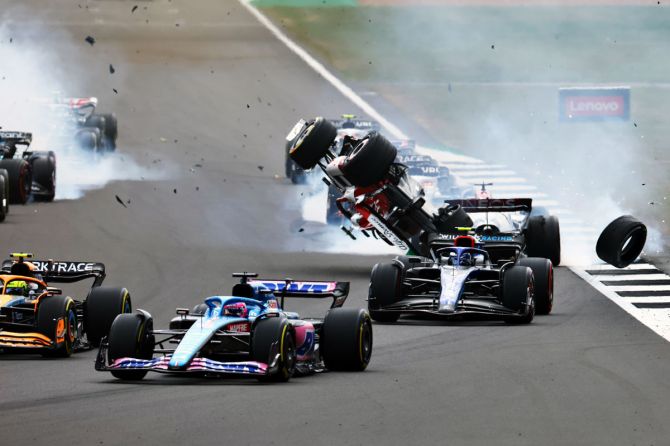 Russell, who got out and ran across to check on Zhou, appeared to have been clipped from behind, with his tyre then making contact with the Alfa.

“I got swamped by other cars and next thing I know I got touched, I was in the side of Zhou and that was it,” said Russell. 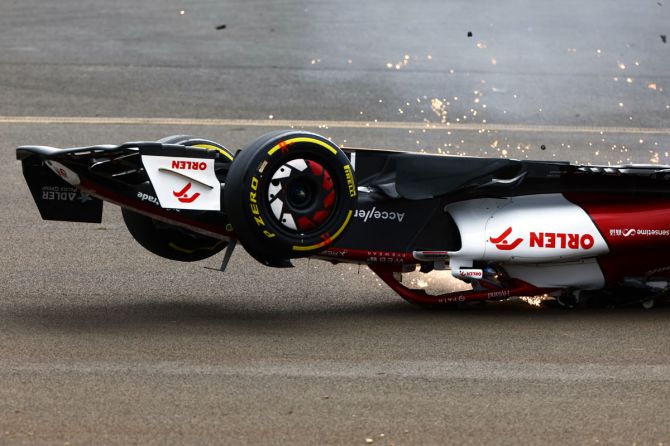 Television replays of the crash were not broadcast until it was clear Zhou had been removed safely and was conscious.

Alpine’s Esteban Ocon limped back to the pits on three-and-a-half tyres, with the half flailing on a rim. 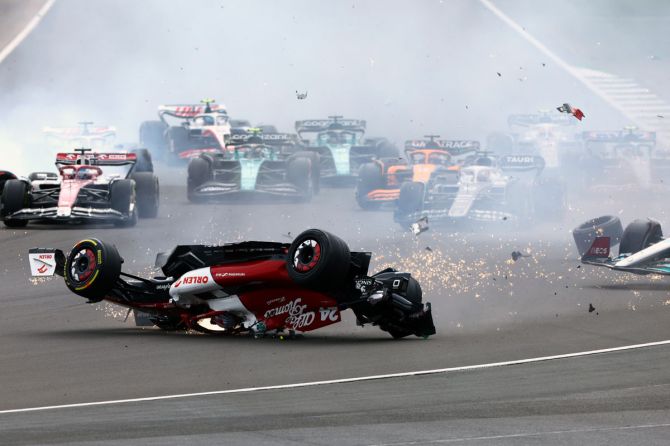 Red Bull’s championship leader Max Verstappen had seized the lead at the start from Ferrari’s Carlos Sainz while Mercedes’s seven-times world champion Lewis Hamilton was in third place after a storming start from fifth.

The race re-started according to original grid places, however. 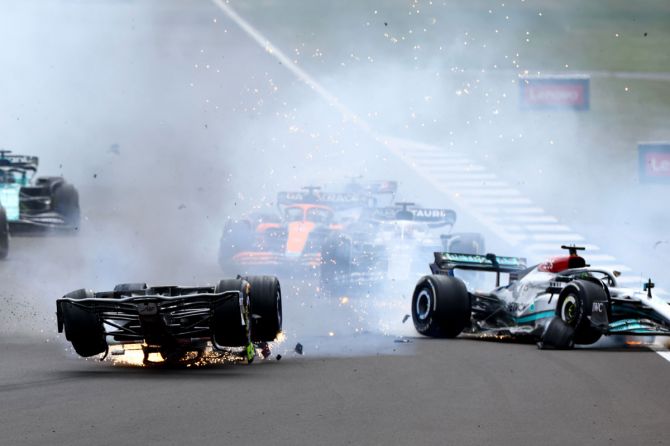