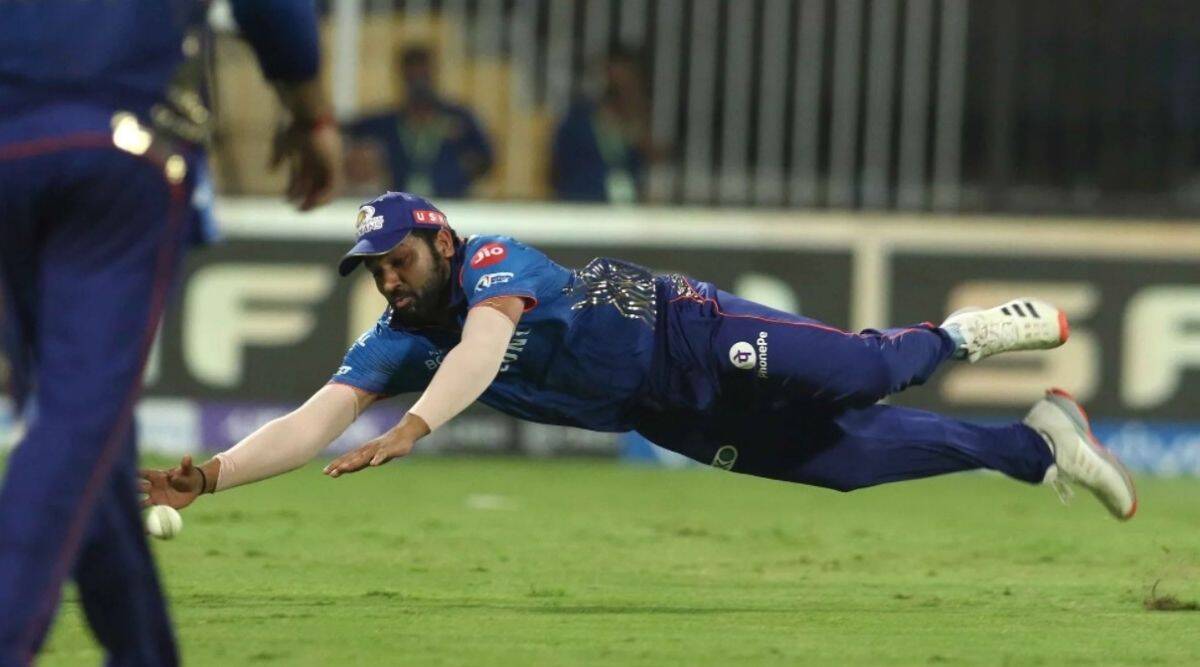 The skipper was pleased that they achieved whatever they wanted from the game chasing a target of 91 in just 8.2 overs. Mumbai Indians skipper Rohit Sharma is happy that they are playing Sunrisers Hyderabad on the last day of the league stage since they would have a clear idea about what needs to be done to sneak into the IPL play-offs.

Mumbai Indians after their facile eight-wicket win over Rajasthan Royals still have a negative run-rate of -0.048 and not only do they need to win against Sunrisers Hyderabad but also expect that KKR lose to Royals a day before to make their passage easier.

If it doesn’t happen, they would need to win big against SRH.

Asked if it is an advantage to play a team like SRH on the last day, the MI captain said: “All eight teams are capable of beating each other. But the good thing is that KKR play before us, so we will know what to do.”

The skipper was pleased that they achieved whatever they wanted from the game chasing a target of 91 in just 8.2 overs.

“We had to come here and do what we had to do, which was to get the two points. It was a chance to improve our run rate as well. We got off to a flier, and we said there is a chance for us to up the run rate. It was the perfect game for us to do that.”

“Kishan is playing after a couple of games, so we wanted him to take his time. I didn’t say anything to him [after he played a maiden]. All we wanted for him was to play his shots, which he did. When you are under the radar, it is important to do your job.”

He was all praise for his bowling unit.

“We have been doing well and preparing well. All the bowlers came together and used the conditions well.”

“Abu Dhabi had one of the best batting wickets, switching to Sharjah was tough.”

He said that at this point, he is not able to figure out what went wrong.

“It’s a bit cloudy right now, we need to take some time off and then think about the next game.

“We would definitely like to play a better game of cricket in the next match. We knew that they’ll be coming strong, in the powerplay. They wanted to increase the run-rate. The wicket was a bit better than the first innings but they batted really well.”