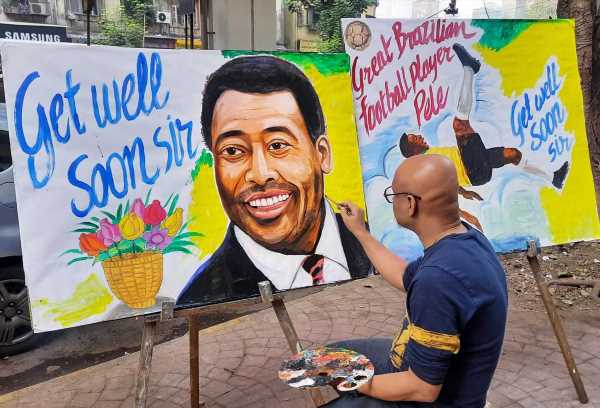 Even since Pele — inarguably the greatest footballer of his time — was was hospitalised in Sao Paulo in his native Brazil last week, ever soccer fan on the planet has been praying for his recovery.

Pele had a tumour removed from his colon in September 2021 and has been receiving hospital care on a regular basis.

The 82 year old was hospitalised last week to re-evaluate his treatment. Brazilian newspaper Folha de S Paulo reported on Saturday that Pele was under palliative care after chemotherapy stopped having the expected results.

However, his daughter Flavia Nascimento said the report was incorrect. ‘It’s pretty unfair people saying that he is in terminal condition, that he is under palliative care. Believe us: that’s not it,’ she told Globo TV.

Another daughters Kely Nascimento added in the interview that Pele had COVID-19 some three weeks ago, which led to the respiratory infection.

‘He is sick, he is old, but at the moment he is being treated for a respiratory infection and when he gets better he will be back home,’ Kely said. ‘He is not saying goodbye in a hospital right now.’