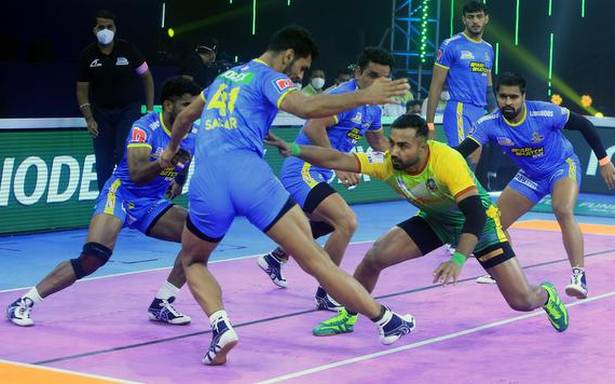 The 28-point victory margin will also boost its playoff hopes.

Patna Pirates rode on an impressive performance from its defenders to thrash Tamil Thalaivas 52-24 in a ProKabaddi League Season 8 match here on Friday. It was a complete team performance from the Pirates with all three raiders contributing.

The 28-point victory margin will also boost its playoff hopes.

Coach Ram Mehar Singh’s men had 21 tackle points on the night — Pirates’ best in the league — as they gave Thalaivas no chance to stage a fightback.

The opening few minutes were closely contested with teams’ defence looking strong. However, Pirates, on the mat after a nine-day break, looked fresh. The return of raider Monu Goyat and Sunil, on the right corner, also helped.