New Zealand's Munro continued his scintillating run of form to hammer 88 off 56 balls and Ahmed was even more ruthless in making 71 off just 39 balls as Islamabad chased down 191-2 with eight balls to spare. 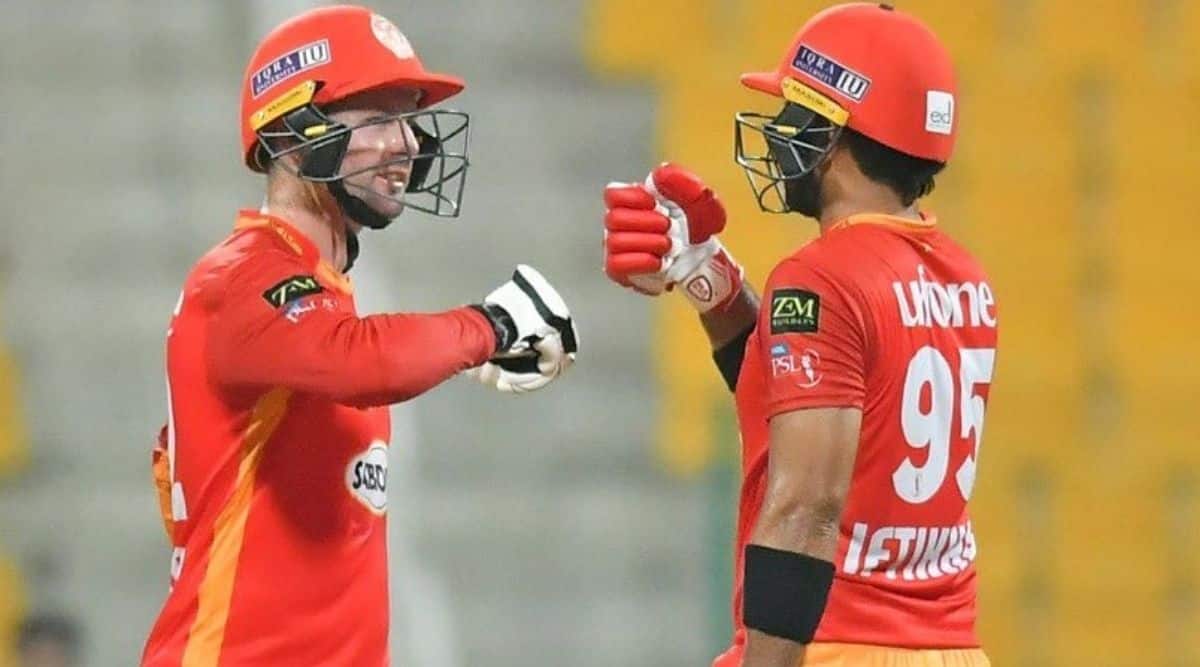 New Zealand’s Munro continued his scintillating run of form to hammer 88 off 56 balls and Ahmed was even more ruthless in making 71 off just 39 balls as Islamabad chased down 191-2 with eight balls to spare.

Babar Azam (81) and Afghanistan’s Najibullah Zadran (71 not out) earlier shared a 123-run stand to carry Karachi to 190-4 after Islamabad captain Shadab Khan won the toss and chose to field.

The victory gave Islamabad 12 points with two more league games in hand. Karachi has six points from seven games after its fourth loss in the tournament.

Karachi had their chances, but Munro was dropped on 34 before being caught off a waist-high no-ball by Thisara Perera soon after completing his half century.
Highlights:


Ahmed was also twice let off the hook, including a tough caught and bowled chance missed by Karachi captain Imad Wasim.

And Karachi’s frustration spilled onto the field when former Pakistan international Mohammad Amir was involved in a heated argument with Ahmed soon after being hit for a boundary.

Karachi had its grip on the game when Islamabad needed 108 off the last nine overs. But Waqas Maqsood dropped a sitter off Munro before both batsmen cut loose and smacked the seamers at will.

Perera was smashed for 23 off one over during which Munro was caught at long-off off a waist-high no-ball as the New Zealander smacked a dozen boundaries and two sixes in his whirlwind knock.

Ahmed nicely paced his innings and hit five fours and five sixes as Islamabad notched the required target with eight balls to spare.

Earlier, Azam and Zadran shared a century stand after New Zealand’s Martin Guptill struggled in a second successive game as he was clean bowled by fast bowler Mohammad Wasim for eight.

Azam’s 54-ball knock included seven fours and three sixes before he sliced a catch to cover in the penultimate over off Hasan Ali (1-31).

Ali was due to fly back home on Sunday night due to family reason, but decided to stay for the remainder of the PSL, saying his wife had sorted out the problem and wanted him to concentrate on cricket in Abu Dhabi.