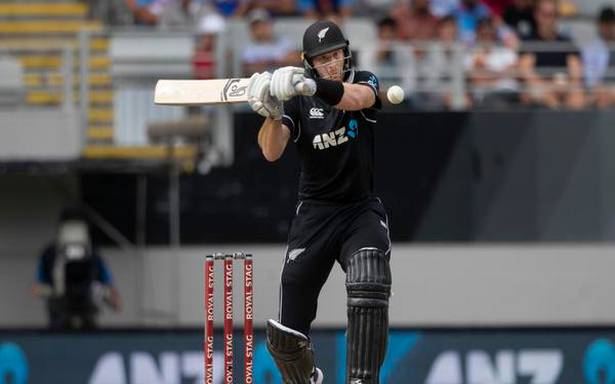 Unfazed by a pre-tour threat to his life, New Zealand’s seasoned opener Martin Guptill has expressed his disappointment at his team abruptly pulling out of last month’s Pakistan tour, given the players were looking for game-time ahead of T20 World Cup.

New Zealand called off the tour just before the first ODI was scheduled to start in Rawalpindi, citing security concerns.

"I guess it was disappointing for everyone involved. We were all looking forward to playing some cricket and getting a bit of game-time before the World Cup and that wasn’t to be," Guptill said during a virtual media interaction.

"I know Pakistan are really looking forward to having some cricket back in their home country. We’re all hoping that there’s going to be cricket there again soon." Soon after the New Zealand cut short their stay in Pakistan, the country’s minister for information and broadcasting Fawad Chaudhry, said that a threatening email about Guptill’s life had been sent to his wife, broadcaster Laura McGoldrick, before the start of the tour.

"It never is (good for family to receive threats)," Guptill said.

"We sent it to the right people to sort of deal with it. Obviously, nothing came of it. It is what it is, and we just had to go through the right channels to get it dealt with properly.

"Laura never actually told me what the email said, so I had no idea what was going on. As I said, we sent it to the proper authorities to get it sorted." Guptill was slated to make a comeback during the tour of Pakistan after being rested for the preceding engagements in Bangladesh.

Like with the other teams, he is expecting a tough fight against Pakistan too, in the World Cup.

New Zealand will open their T20 World Cup campaign against Pakistan in Sharjah on October 26. The players are currently in the UAE preparing for the tournament Guptill is aware of Pakistan’s strength in the slow UAE conditions but backed his team to do well.

"I think (it’s) like any game against Pakistan, they’re a tough opponent and in these conditions, it’s going to be pretty tough again," he said.

"We’re going to have to be on our A-game and bring it to them and not take a backward step, just like every other game that we play. It’s going to be a tough game, I’m not going to lie, but we’re going to prepare well and look forward to that game."