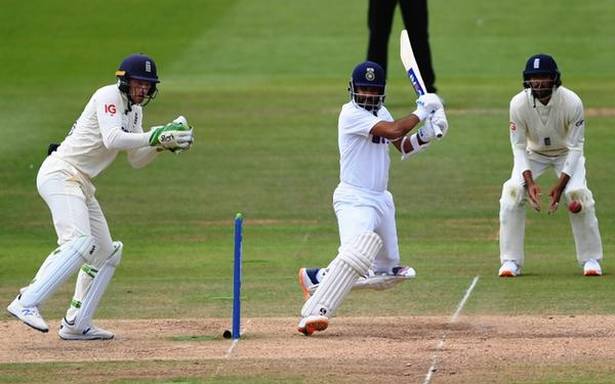 Ajinkya Rahane said he is unfazed by the constant criticism he has received in recent times, as it shows that he is an important player for the side.

The vice-captain made a crucial 61 in the second innings of the Lord’s Test that India won, his first half-century in eight innings.

“I am happy people are talking about me. I am not bothered about criticism. People only criticise important people and, I am happy they are criticising me,” said Rahane on Monday.

He also came out strongly in defence of Cheteshwar Pujara, another embattled batsman with whom he stitched a crucial 100-run stand for the fourth wicket.

“It was all about hanging in there. The communication was all about thinking about the small targets and then build on from there. Cheteshwar — we always talk about him playing slow — but that innings of him was important for us,” said the 33-year-old.

“He batted more than 200 balls even though he got just 45 runs. I thought those 200 balls were really important for us. We just wanted to build one good partnership. We knew 170-180 would have been very good score on that wicket,” he added.

The third Test starts on Wednesday at Headingley, a venue at which none of the current squad members has played in this format.

When asked if it will be a challenge for the team, especially the pacers, Rahane said, “I feel the conditions and wickets here are similar. We are not thinking about the conditions and whatever Headingley has to offer. It is all in the mind. Mentally, we are really strong. It is about having that confidence and putting your best foot forward in this game.”

He credited the contribution from the lower-order in the first two matches, saying it can be frustrating for the opposition when the tail wags.

“Last couple of games, the contributions our lower-order has given us, full credit to them. Since the WTC finals till now, every day they have batted 10-12 minutes in the nets. They have come on their own, and after finishing bowling they also want to spend some time batting. Even if they add 10 runs each, we have a very good score on the board.”

The Mumbai batsman also revealed that pacer Shardul Thakur has recovered from the hamstring injury that forced him to miss the second Test and is available for selection.