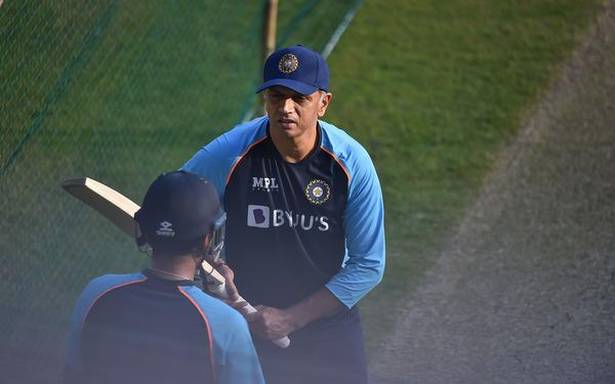 Everyone has a role to play, it is not about a few individuals, says the India coach

The batting legend was the skipper of the side that shocked a strong Proteas outfit in the Wanderers Test of the 2006-07 series to make history as the first Indian team to win a Test on South African soil.

However, India could not hang on for a draw in a rain-affected second Test at Durban and went down in the decider in Cape Town after holding all the aces.

That setback still rankles Dravid. Now, as the coach of this Indian team, he has the opportunity to set the record right.

“The first Test of a series is important. If you win, you have the chance to put pressure on the home side. But it is not make-or-break. We won the first Test in 2006 but South Africa came back,” Dravid said speaking to the media on Saturday.

The Indian coach stressed “Good team performance. Everyone has a role to play, it is not about a few individuals.”

Dravid said, “Batting contributions from the lower order will also be vital, particularly if it is a low-scoring game.”

He said the batters will have to adapt to the challenging conditions in South Africa that could change over five days.

Dravid observed, “The batters have to put runs on the board to give the bowlers an opportunity to pick 20 wickets.”

The India coach said Ajinkya Rahane was in a “good head space” and skipper Virat Kohli was a proven performer who loved Test cricket.

He said the Indian bowling had quality and felt the South African attack deserved respect too.

Dravid said some selection calls would be difficult but noted, “How you respond to sitting out is a test of your character.”